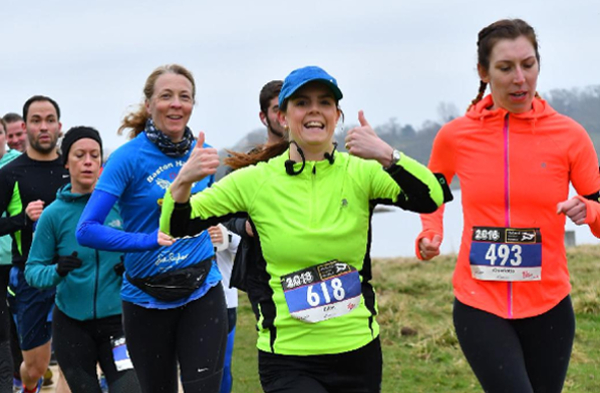 Runner’s High At New Rutland Half

There were April showers at the Rutland Spring Half Marathon (8 April) but the medal and hugs at the finish made up for the rain and hills to produce a five star performance from a sold-out event.

This new half marathon was held at Rutland Water, one of the most stunning locations in the UK and a Nature Conservation Review site. The Reservoir and surrounding wetlands formed a backdrop to a tough but rewarding race on a well-signed and marshalled course.


The event was expertly delivered by the same team who organise the September Rutland Marathon and Half Marathon and on a part of the course familiar to runners who took part in the autumn marathon. They and Sunday’s half marathoners were given the opportunity of running a section of the route around Hambleton Peninsula, known for its views across the famous Reservoir.

At 10am a packed field of runners headed off from Barnsdale and followed an undulating course with feed stations every three miles and a cake buffet at the finish. The enthusiastic support from the marshals was appreciated by the entrants especially the congratulatory hug and a kiss from Rosemary Gutteridge as she handed out medals to every finisher.

Alexander Stonor won the inaugural Rutland Spring Half Marathon in 1:22:15. Paul Massingham of Stamford Striders was second in 1:24:47 with Graham Grewcock of Race Hub third in 1:25:27.

For those wishing to return to Rutland they have a Marathon and a Half Marathon on the 16 September. Visit the website for more details.