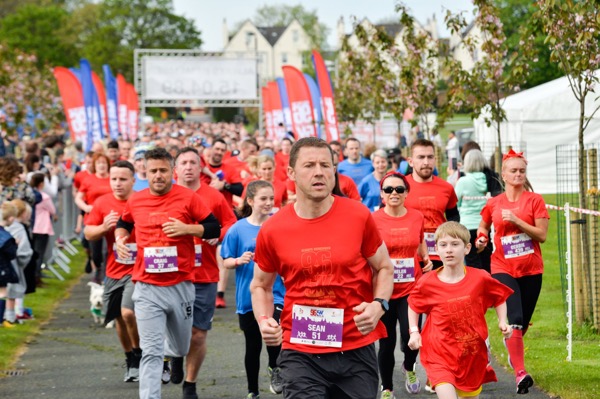 Run for the 96 to unite as one

The spirit of togetherness at BTR Liverpool’s Run For the 96 5K will be further highlighted this year with participants wearing commemorative purple t-shirts to symbolise the unity between the reds and blues in the city. During the previous four events, supporters have worn their respective colours, yet as a mark of respect 30 years on from the tragedy, will join as one on Saturday 11 May.

First staged in 2015, the community legacy event was organised as a positive way to celebrate the lives of the 96 Liverpool FC fans while also remembering the families of The 96 and the survivors, who have tirelessly fought for justice.

Since being launched, the event has become a particularly poignant day in the Merseyside calendar and has grown year on year, with 1300 taking part in 2018. In the last three years, donations and funds raised through Run For The 96 have totalled £22,000 for Everton in the Community, the LFC Foundation, and Stanley Park CIC.

For the upcoming event, organisers are inviting ‘virtual’ entrants to take part, meaning that wherever you are in the world, you can commemorate the 96. If not at the same time, participants can run in their event T-shirt, with their event number and proudly show their event medal when they complete their run.â€‹

This year there will also be a 'couch to 5k' training programme available to anyone who would like to start jogging and also a big focus on getting kids active and involved on the day through the 1 mile fun run on the day.