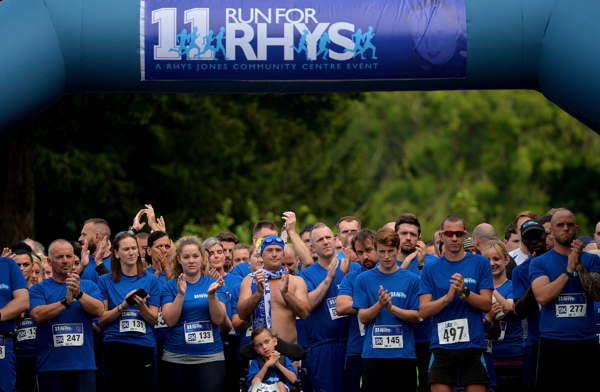 BTR Liverpool has confirmed there will be a second staging of the Run for Rhys event on Sunday 26 August. The legacy family fun run has been organised to celebrate the life of the Liverpool youngster, whose life was devastatingly cut short at just 11 years old.

In 2007, Rhys was walking home after football training in Croxteth and was shot after being caught in the cross-fire between two rival gangs. Last year’s Run For Rhys event was staged just a matter of days after the 10th anniversary of his tragic death.

The event, which has been co-ordinated with the support of race organiser BTR Liverpool, will be both a celebration of his life and a fundraiser for the Rhys Jones Community Centre CIC in Croxteth. The centre, opened in August 2013, aims to raise aspirations, give hope and strengthen community unity in Croxteth.

Mel and Steve Jones, who live in Croxteth, are supporting the run and will join participants in what will be a poignant and moving day at Croxteth Hall and Country Park.

Entry for the Run For Rhys event is now open and priced at £16 for the 5k distance and £10 for the accompanying 1 mile fun run. Organisers are also inviting virtual entries for the event, allowing anyone who is unable to make the 26 August date to take part.

Further information is available on the BTR Liverpool website.