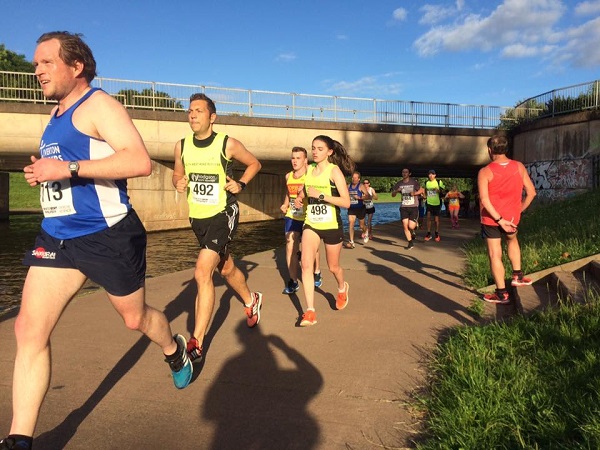 It's all about the Exe on Tuesday night

The River Exe will provide a tranquil backdrop to some fast and furious racing to decide the winners of the Run Exe 5K Series tomorrow evening (Tuesday, 10 September). The best four results from the six race series will decide the destination of the awards for 2019.

City Runs Events promote Run Exe 5K Series (and many other races), one race a month from April to September, with the overall positions decided on cumulative times. All athletes who complete four races feature on the final scoreboard and qualify for a special series medal.

It's still all to play for as many runners have yet to complete their fourth scoring race, banking on a good performance in the final race. However, with awards in five year age-groups, the M55 category looks particularly tasty as Hugh Marsden (Exmouth Harriers) and Andy Johnson (Dawlish Coasters) are tied on 1:20:58 after four races each (an average of 20:14.5).

The fastest times in the series last year were set by Shaun Antell (Bideford AAC, 14:51) and Annabel Gummow (Winchester and District, 17:19).