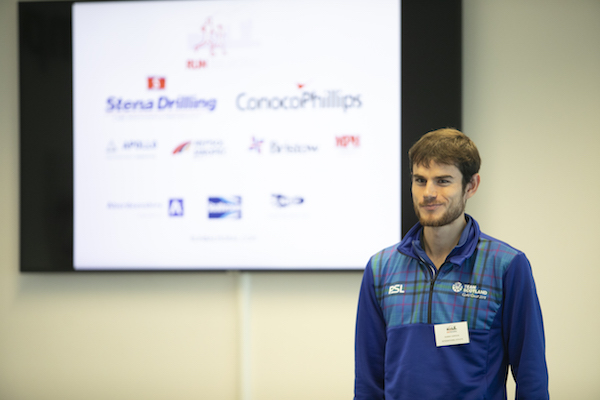 The 22nd edition of the popular Aberdeenshire running festival will take place over the weekend of 27–28 April 2019, with organisers expecting more than 5500 runners to sign up for the programme of eight races catering for all age groups.

Runners who feel that one race just isn’t enough can also sign up for the Repsol Sinopec Devil of Deeside Challenge. This challenge, now in its third year, requires competitors to complete the 5K and 10K on the Saturday, followed by the duathlon and 15-mile trail race on the Sunday.

Simpson, 26, who in addition to his success in the marathon at the Gold Coast Commonwealth Games, is also one of the world’s top mountain runners, has always been a fan of the Balmoral event. One of the first races he tackled was the secondary schools run 14 years ago. Since then, Simpson has gone on to win the 10K and long trail races on three occasions each, and set a number of records along the way.

Simpson said: “Balmoral is such a brilliant event because there’s a race for every age and ability and the courses run through some of the best scenery in Scotland. It has the feel of a really big race with thousands of runners and supporters, but some sections of the course through the forest are quiet and it’s a nice contrast. I’d recommend this event to anyone who hasn’t been before as it’s a classic event and a great day out for all the family.”

Chairman James Knowles revealed at the launch that all runners taking part next Spring will receive the first in a series of five unique medals.

He said: “I’m pleased to reveal that the medal to be awarded to every participant in 2019 will be the first of a special series over the next five years, each featuring an iconic landmark within and around the Balmoral estate.

“The 2019 medal will show Lochnagar. In subsequent years we will include the Auld Brig o’Dee, Balmoral Castle, Crathie Kirk and Albert’s Cairn. I am sure these will become collectible items and runners will want to acquire a complete set.”

Full entry details and further information about the event can be found at the Run Balmoral website and on the event Facebook page.