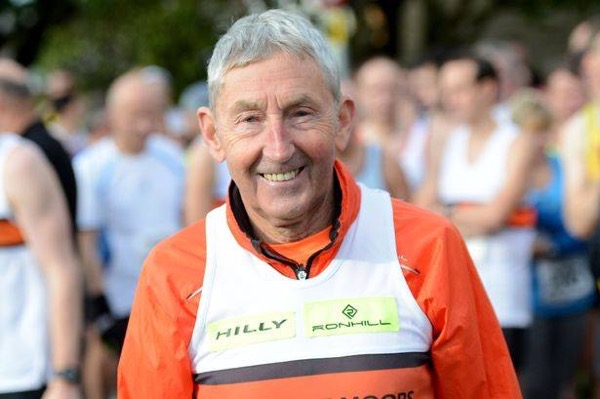 Ron Hill To Get Accrington Running

Dr. Ron Hill will lend a helping hand to send the field on its way for Accrington’s best known race. In the lead up to Sunday’s Accrington 10K, organiser John Lloyd said what the event means to the town: “We have over 600 runners entered and we are hoping once again to do Accrington proud.”

The race has been organised in honour of Dr. Ron celebrating his 80th year and in recognition of an incredible career that included numerous world records and the longest ever recorded run streak. Hill’s presence will comes a month after he spoke of being diagnosed with Alzheimer’s disease.

On Sunday, runners will depart from Blackburn Road, just a short walk from Market Hall, to tackle a course that has underwent some revisions since 2017 – the field can look forward to a flatter, faster and more scenic route than previous years.

News of the course modification will no doubt prove to be a big boost for anyone considering tackling the race and seeking a PB. The 10k had already been thought of as being quick: Ben Fish stands as the current course record holder with a time of 31:42.

Organiser John Lloyd told runABC North: “Preparations are going great, we have added features to the race each year, this year we are excited to announce we have a new giant display timing screen at the finish line.”

“We have also had boosted support from the Alzheimers Society, supporting Dr Ron Hill with his fight against dementia, they are doing activities on race day to help the general public and particiapnts understand the illness and the work they do to prevent it.”

While online entries for the race are now closed, on the day registration will be available.