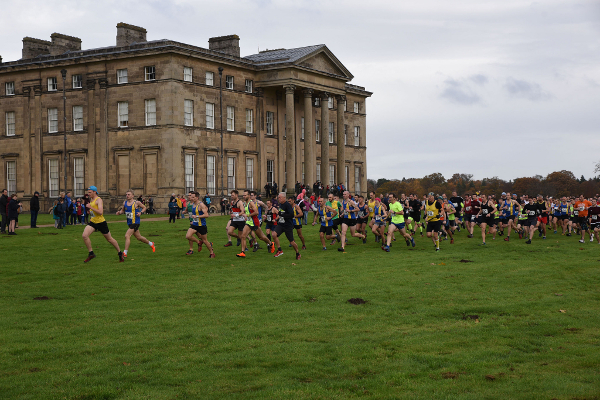 There were over 500 finishers at Mad Jack’s 5 (Saturday 10 November) at Attingham Park, Shropshire and this record turnout enjoyed a dip in the legendary ‘pond’.

A joint venture between Shrewsbury AC and National Trust Attingham Park, Mad Jack’s 5 has become a favourite with runners young and old, many of whom return each year to try and beat their previous times. Post-race others new to the event vowed to return even after wading through cold, muddy water.

The race started at 11am in front of the imposing 18th century mansion before following a 5 mile multi-terrain course consisting of pasture, woods and a deer park. Friendly, supportive marshals kept everyone’s spirits high before they encountered what for many was the highlight of the race – the 0.5 metre deep pond. Whether invigorating or a shock to the system, this popular feature was eagerly anticipated by everyone taking part.

Every finisher received a medal, water and a banana and enjoyed a post-race coffee and cake in the Carriage House cafe.

Shrewsbury AC split the profits from this race between themselves and Attingham Park. These proceeds support the junior athletics programme and contribute towards the maintenance of the house and grounds.