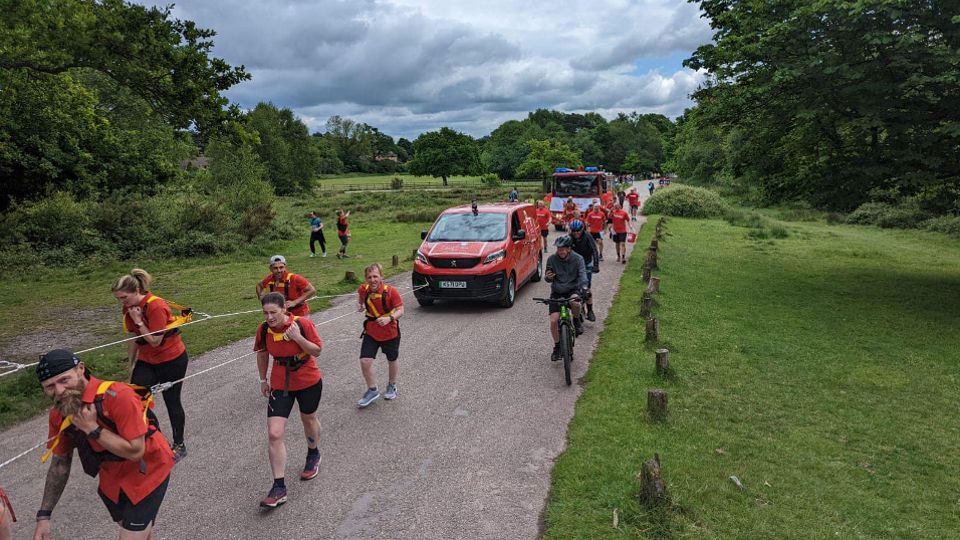 Thousands turn out to mark the return of this altruistic event.

Runners and walkers of all ages got into the party spirit at the Royal Sutton Fun Run (Sunday 29 May) whilst raising funds for charities, voluntary organisations and community groups. Cardiac Hill tested everyone not least the teams of people pulling vehicles and another in a bobsled!

For fans of the Royal Sutton Fun Run it was great to be back in the company of others after two years of restrictions. Sponsored by Cooke’s Furniture, the event saw people come together as they completed 8.5 miles around this Birmingham town where they were cheered on by enthusiastic crowds.

There was a mix of participants from those looking to run hard and fast to others, content to get around and finish but whatever the reason, it was about challenging yourself and helping people in need.

Onwards and upwards as they set off at 11am from the town centre along an undulating/hilly route that was tough for many but even more so for those groups pulling a fire engine, a Royal Mail van and the inimitable Wolverhampton Bobsled Team. Their efforts were on behalf of the Fire Fighters charity, the Birmingham Women’s and Children’s Hospital charity and Stephen Sutton/Teenage Cancer Trust.

Two groups of runners and walkers from Real Life Church decided to mark the Queen’s Platinum Jubilee by dressing as beefeaters complete with inflatable corgis. They raised more than £3,000 for local food banks.

This well organised, community–minded event returns in 2023 with a provisional date of Sunday 4 June.