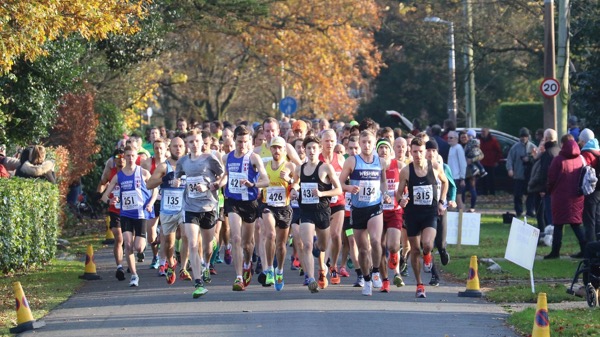 The popular Preston 10 lived up to its reputation as being one of the fastest 10 mile events in the country with a series of top times recorded on Sunday (18 November). Such was the high level of quality on show, 31 men dipped under 60 minutes, with 15 female runners posting sub 70 min performances.

Organised by Preston Harriers, the ever-popular race has been a feature on the circuit for over 35 years. Sunday’s field enjoyed some crisp, late autumnal weather as they departed from Tolsey Drive, close to Hutton Grammar School, to embark on a two lap route.

Leading the field home was Blackburn Harriers’ Tim Raynes who took full advantage of the fast course to set his quickest time over 10 miles. Blackburn Harrier Raynes, who had tasted success at last month’s Red Rose League, took first in 52:11, with Robert Anthony Danson second (52:37) and Adam Sciacca third in 52:43.

Liz Abbott of Lytham St. Anne’s, second at September’s City of Preston 10K, was a convincing winner in the female competition, coming home in 59:30 – an incredible PB by almost three minutes. Katherine Wood (60:25) of Sale Harriers and Sarah Louise Cumber (63:48) were her closest competitors.