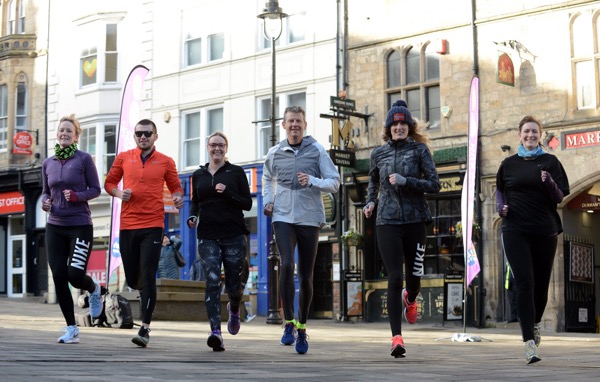 The launch of the 2018 Prince Bishops Durham City Run brought news of significant changes for this summer’s event on Wednesday 18 July. Both the 5k and 10k will have different start locations – as a means of easing congestion – but will retain the memorable finish on Palace Green at Durham Cathedral and Castle World Heritage Site.

These changes have been made to alleviate traffic in the city and have been implemented with the expectation that the event will once again need to accommodate a surge in demand for places – both the 5k and 10k sold out in 2017 with 2,500 signing up.

Along with news of the modified start point, organisers also confirmed a new charity partner for 2018, the If U Care Share Foundation, a local charity with three main aims: suicide prevention, intervention through training, and support for those at risk of or bereaved by suicide.

Event founder Steve Cram comments: “We are very excited about our plans for the 2018 Prince Bishops Durham City Run. After reaching capacity last year, we have been working hard with Durham County Council and the changes we are making this year will allow us to host an even bigger and better event.

“We’re looking forward to another memorable night in July in a fantastic setting, which will also lay the foundations for the continued growth of an occasion that is quickly establishing itself as a highlight of the region’s summer sporting calendar.”

Since its launch in 2016, the Durham City Run has proven to be highly popular across the country – considering its charming midsummer evening setting, an established and well-regarded organisation, plus the chance to run through the city’s cobbled streets, it isn’t hard to see why.