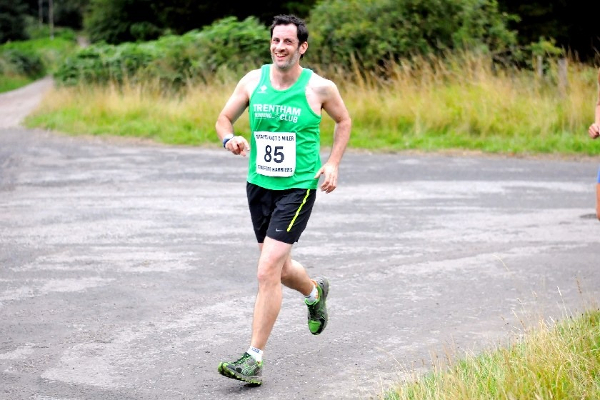 A long standing member of Trentham RC, Phil Thomas is no stranger to a challenge. He has run six half marathons on consecutive days in each of the six towns that comprise Stoke-on-Trent; 12 half marathons around North Staffordshire and Cheshire in 12 days and in 2015, he ran the Potteries Marathon course six times in six days on behalf of the Donna Louise Children’s Hospice Trust.

His latest undertaking involves running every single street in Stoke-on-Trent in six weeks, totalling more than 500 miles. Phil was inspired after seeing a tweet about a man in San Francisco who had achieved this and he thought: “that will be me”.

Sadly, this wasn’t the only reason. His brother Steven died of ischemic heart failure on the 3 August at the age of 38. He had diabetes and learning difficulties but lived an independent life and was fond of animals especially cats. Phil is running on behalf of North Staffs Mind and Iris’s Cats in Need in memory of Steven and also as a way of coming to terms with his loss and the struggles affecting him and other people.

Phil Thomas begins his running tour on 1 May and finishes on the 14 June in Hanley to coincide with the popular Potters ‘Arf. He is passionate about his city saying: “It’s a chance to explore and also show everyone what a great place Stoke-on-Trent is to live and work and run through.”

Donations to each of these charities gratefully received.