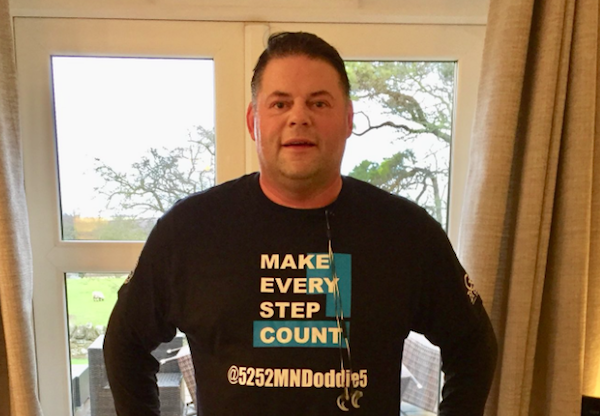 Former rugby player Phil Calvert has set himself a huge task of running a marathon every week for a year in support of former Scotland international Doddie Weir. The 47-year-old is originally from Ulster and played for Campbell College Belfast, Scottish Colleges Napier University and Watsonians during his own rugby days.

Last year Weir announced he has motor neurone disease and since then his focus has been firmly on helping others and raising awareness of MND while also raising funds to aid research into this devastating disease. Personalities from the world of sport and beyond have supported his fundraising efforts. Inspired by Doddie's fight, Phil is looking to do his bit in what is a massive challenge.

It will see him run the equivalent of Edinburgh to Gibraltar in 2018 and in the process he will be helping the My Name'5 Doddie Foundation.

“I like to challenge myself, having cycled Land’s End to John O’Groats and completed Ironman triathlons. I thought what do I dislike and it came easily to me – running,” Phil explained.

“So, with raising as much money as possible in mind I thought why not do quite a bit of running each week for a year.

“I was inspired by Doddie’s story and although I do not know him very well personally I have met him on many occasions at rugby dinners and he is a great guy. I used to enjoy watching him play too.”

To help with Phil’s fund-raising effort, visit his My Donate Page.