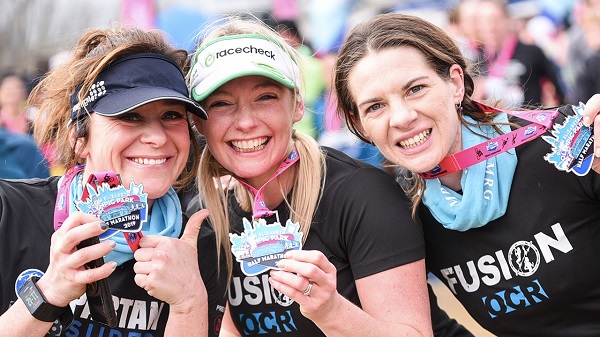 It's on. It's in London. It's the On London Half Marathon!

Sunday 16 February 2020 is the date for the much anticipated return of the On London Half Marathon – the first closed roads half marathon to be staged at the home of the London 2012 Olympics, organised by RunThrough running events.

With sponsorship support from On Running and Up & Running you will be on cloud nine as you join 4,000 others for a thrilling circuit of Stratford Marsh, better known now as Queen Elizabeth Olympic Stadium.

The course starts and finishes in the shadow of the 114.5 metre high ArcelorMittal Orbit, the UK's tallest sculpture and now observation tower and world's longest and highest tunnel helter-skelter.

Course highlights include views of all the iconic sporting venues of London 2012 including London Stadium (home to West Ham FC), London Aquatics Centre, the Copper Box Arena and Lee Valley Velopark. Hold on, you don't just run past the Velopark – the course includes a lap of the one mile Moto GP styled outdoor cycle racing circuit!

A colourful themed medal (see above); live music on stage; clothing retailers; charity stalls; food and drink vendors and a festival atmosphere awaits you at the event village in the heart of QEOP.

With two months to go there is still time to follow most of GB Olympic athlete Andy Vernon's excellent half marathon training plan here.

For full race and entry details visit On London Half Marathon website here.