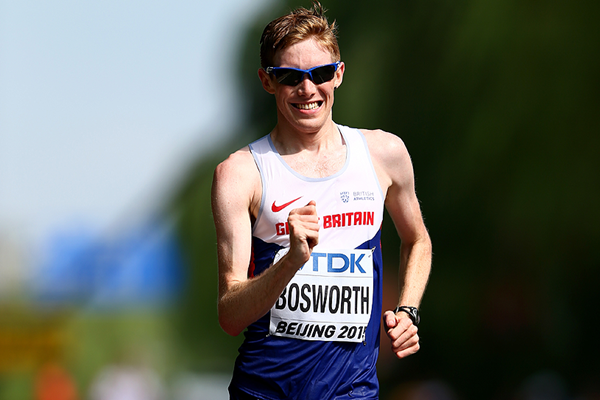 Olympic star signs up as Hull opens doors for 2020

Confirmation of the 2020 date for the Hull Marathon & Relays brought with it news that an Olympic star will be in attendance. Tom Bosworth, Britain’s most successful race walker, will be amongst those lining up to start the race on the Humber Bridge on Sunday 27 September, 2020.

Tom’s participation might seem a bit out of step yet the Team GB member is aiming to race walk the entire marathon distance in Hull. After a break through Olympic performance setting a new British 20km record and finishing in sixth place, Tom has gone on to win a silver medal while captaining the England team at the 2018 Commonwealth Games.

On taking part in the event, which will come less than two months after the 2020 Olympics, Tom said: "After Tokyo, it will be great to try out something different. I’ve never race walked as far as a marathon so it’ll be great to take part in Hull.”

Following the success of the 2019 race, the Hull Marathon & Relays will have a spectacular start on the Humber Bridge in the shadow of the North tower. The route will be following much of the same course as 2019 to finish in East Park, but sees the addition of crossing the new Princes Quay footbridge.

The final route will be announced in early 2020 pending details of other ongoing works on Castle Street and Victoria Docks to enable some of the twists and turns to be reduced.

Over 25 bands and musicians have already committed to provide entertainment and Streetscene will be working with community groups to help create art installations along the route made from recycled rubbish.

Race director, Lucas Meagor, commented: “The Marathon aims to showcase the city and all it has to offer. Taking runners around its many highlights, we also engage the community with the cultural side of the event. We are delighted to be partnering with the Bonus Arena in 2020 which will be a great addition as well as welcoming Tom Bosworth. It is already promosiung to be a brilliant weekend for the city.”