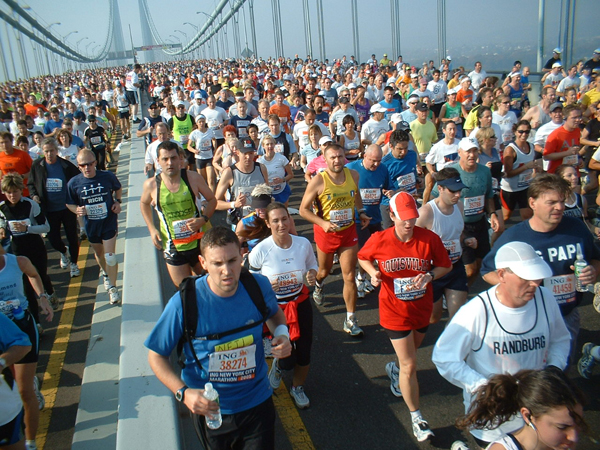 It was a return to the normal script at the 2019 New York City Marathon as Mary Keitany secured a fourth win in five years in the women's race. Keitany's winning time of 2:22:48 was the second fastest in NYC Marathon history.

Keitany finished ahead of Kenya’s Vivian Cheruiyot (2:26:02) who had achieved a stunning success at this year's London Marathon when Keitany had faded to a disappointing fifth.

Last year’s surprise winner, Shalane Flanagan, the first American woman to win in New York in over 40 years, produced another brave performance to take third in 2:26:22.

While the women's race was dominated by the winner, the men's race was a more competitive affair. The consistent Lelisa Desisa of Ethiopia, like Keitany, clocked the second fastest time at New York - 2:05:59. However he was just ahead of fellow countryman Shura Kitata (2:06:01) and Kenya’s Geoffrey Kamworor (2:06:26). Each of those times now stand among the 10 fastest in the event’s history.

50,000 took to the streets of New York yesterday for one of the world's great races. Carlo Glotzbach summed up the experience for many: "Coming off the Queensboro Bridge onto First Ave is one of the most exhilarating experiences a runner can experience. Talk about a runner's high, it's the epitome. Great crowds, great marathon."

Sports Tours International once again took a large party of runners from the UK to New York for this year's race. Their packages include hotel, transfers, flights and guaranteed entry.