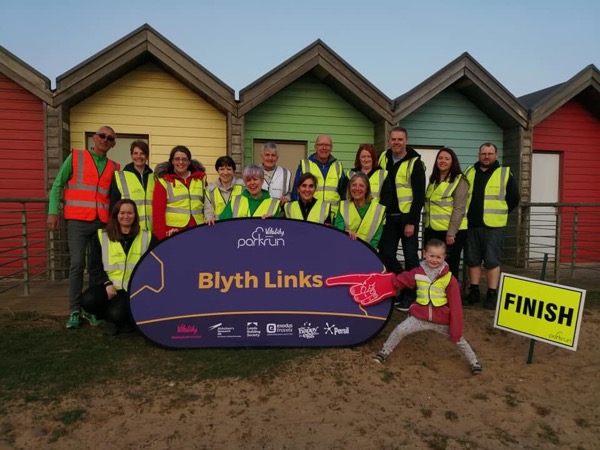 Spring 2019 has seen a further expansion in parkrun participation across the UK fuelled by large numbers across the board, record attendances and new events. A case in point is the North East which now boasts a complement of 28 events from Alnwick to Darlington. That total was reached last weekend (Saturday – 20 April) with the arrival of two new events.

Blyth Links got off to a blistering start with an incredible 342 runners completing the first staging. A big boost for the event is a course that incorporates the coast and gives competitors the opportunity to run along the promenade and past the famous Blyth beach huts (pictured).

There was also a big turnout at Hexham for Tyne Green’s maiden event. Local runners and walkers, many of them parkrun first-timers, were joined by visitors from as far afield as Dorset and one enthusiastic participant who had cycled from Lockerbie! They all enjoyed a scenic course, with great riverside stretches, on a bright Northumberland morning.

A strong contingent from Tynedale Harriers showed the 241-strong field the way round, with four of the first five finishers runners hailing from the club.

Christopher Jackson headed the lot in 17:48, ahead of Blaydon Harriers’ James Ramshaw second in 18:12. Lisa Tang with her canine companion claimed the third token (18:49).

Biggest shout-out however goes to the two brilliant teams of volunteers – 36 in number at Blyth Links and 21 strong at Tyne Green – for making the two occasions possible.