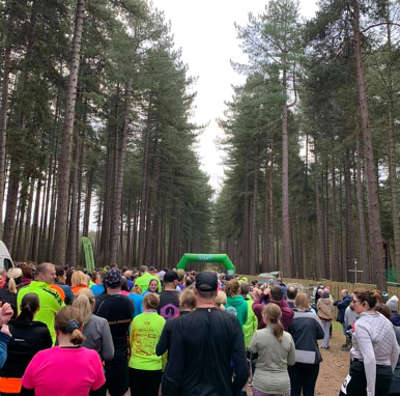 The beautiful surroundings of Sherwood Pines proved irresistible to runners at a new race from organisers Nice Work. They explored the tracks and trails at the sold-out Sherwood New Year 10K & 5K (Sunday 5 January).

Sherwood New Year 10K & 5K was aimed at people wishing to take up running as a means of getting fit in attractive locations. The choice of two distances made it accessible for newcomers as well as providing the experienced runner with a good way to begin the 2020 race season. Conditions were perfect for participants as they completed one or two laps around an undulating course in Sherwood Pines.

There were prizes for the leading runners and age group winners and a celebratory bespoke medal for every finisher.

Sherwood Pines like many off-road courses was difficult to measure accurately with GPS, resulting in slight variations in the 10K distance. Several runners commented on this, saying the distance came up short at around 5.8 or 5.9 miles. Nice Work will review it before their new half marathon and 10K on 29 March.