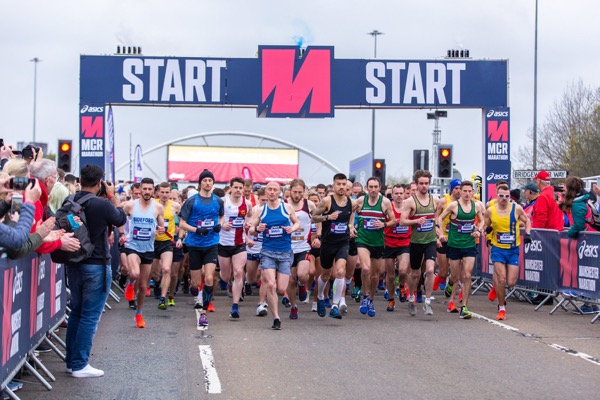 Coinciding with the first batch of entries being released, organisers of Manchester Marathon have confirmed a new route for 2020. Scheduled for Sunday 5 April, the race has enjoyed a remarkable rise to prominence, growing nearly 90% since 2018 and now standing as one of the five largest marathons in Europe.

20,000 runners are expected next year on a course that will, for the first time, head into the centre of Manchester. The amended route takes a three-mile loop into the city centre, showcasing some of the city’s most iconic landmarks including the Manchester Opera House, Spinningfields, Albert Memorial Hall and The Midland Hotel.

Roads will be completely closed, allowing an estimated 25,000 people to take part, and thousands more to gather in the city centre to watch. The start will remain in its present location under the White City Arch, with the world-famous backdrop of Manchester United’s Old Trafford stadium, and continue to offer its popular finish running past Trafford Town Hall and Lancashire Cricket Club.

5,000 entries were made available on Wednesday of last week, with 8,000 already registered. The expectation is that the race will once again hit a sell-out, so prospective participants are being encouraged to move fast.