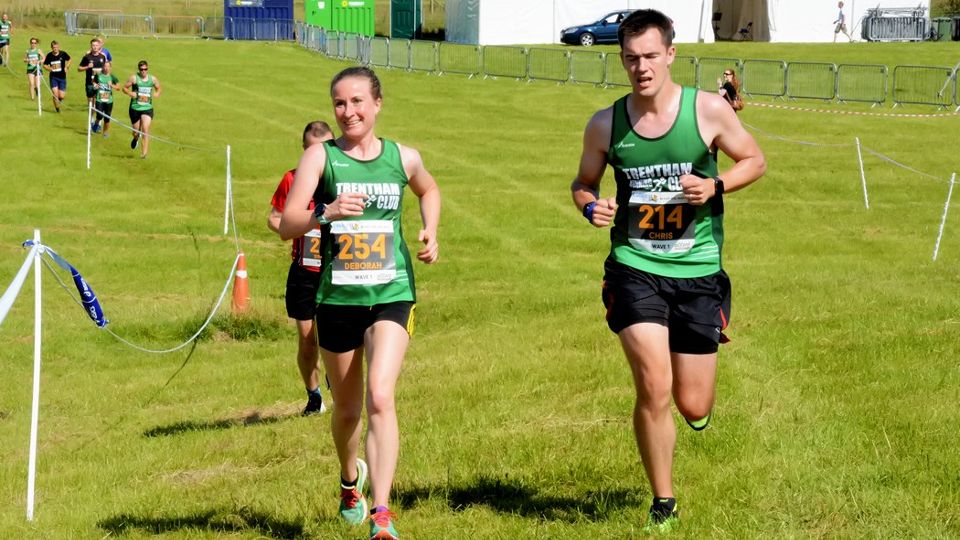 Sizzling performances at the Betley 10K

“Phew, what a scorcher” may sound like a cliché but it aptly describes Sunday’s (18 July) Betley 5K & 10K on what was the hottest day so far this year. The heat didn’t slow Trentham RC from claiming the top spots in the team competition.

The Betley 5K & 10K replaced the St Thomas 10K in the NSRRA programme and this new off-road race was well organised and marshalled from start to finish. It was held on an undulating cross country course at Betley Court Farm in Staffordshire and runners from local clubs had to dig deep in sweltering conditions as they competed for points and prizes. Volunteers too, were subject to the same conditions as they worked tirelessly and with enthusiasm, keeping everyone hydrated and moving to the end.

There were three staggered start waves in the 10K that set off in an anti-clockwise direction to run three laps on on a mix of trail and grass. It became a 'war of attrition' as temperatures started to climb...

Dominique Searle of Vale Royal AC was the winning female in 37:38. Michelle Buckle of Silverdale RC was second in 38:51 with Joanne Stanfield of Trentham RC third in 39:33.

The last runner finished in 1:33:49 to a round of applause led by Race Director Ken Rushton.

The full results can be viewed via the RunABC Midlands Race Listings page.

Trentham RC 1 won the men’s and women’s team competition and the club is hosting the next race in the NSRRA programme on the 1 August.