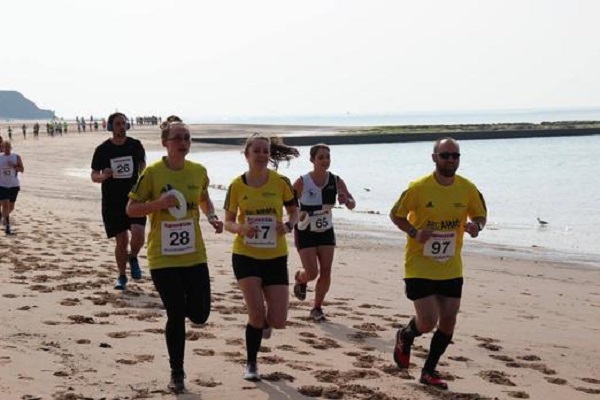 The 2018 Running Awards returned to indigo at The O2 last month for the fifth annual celebration of all things running, with several races in the South receiving podium positions and four events sweeping the opposition aside to claim top spots in their categories.

Nuclear Races based at Parsonage Farm, Brentwood, Essex are this year's Obstacle Course Race Series winners. This outstanding result reflects the fact that Nuclear Races are different to other OCR events as they own both the machinery and the land, so there are no barriers to how big, bold or muddy they can go with their course design and obstacles. The next Nuclear Races are scheduled for 19-20 May.

A different type of stamina is necessary for the Endurance Race category and the winner here was the Dixons Carphone Race to the Stones – described as an unforgettable 100km along Britain's oldest path. Humans have walked the Berkshire Ridgeway for over 5,000 years and Race to the Stones gives today's endurance athletes the opportunity to follow in those ancient footsteps in a fully supported, one or two day challenge organised by Threshold Sports. This year's 100km or 50km race to the Stones will be held on 14-15 July.

One of the flagship awards is for the best marathon with more than 5,000 participants and the continued excellence of Virgin Money London Marathon puts all the rest in the shade. In this highly competitive category the upstart Brighton Marathon finished third behind ASICS Greater Manchester Marathon.

Finally, there were silver awards in the National 10k and 5k classifications for Green Park Royal Berkshire 10K and Greenbow Running Club's Land and Sand Run Exmouth 5K respectively. Both races are due to be held shortly, with Green Park 10K under starters orders on 20 May and the Exmouth 5K one week earlier on 13 May.

The full Running Awards results can be viewed here