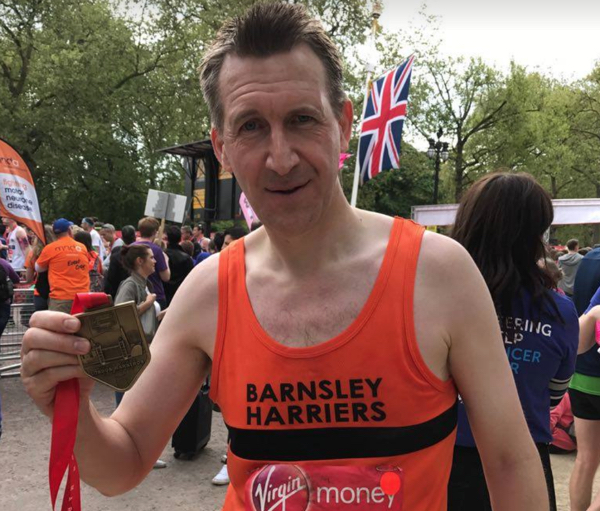 Barnsley MP Dan Jarvis will swap the House of Commons for the streets of Sheffield as he takes on the city’s popular half marathon this Sunday (April 8th). Jarvis, who is aiming to become the elected Mayor of the Sheffield City Region, is running in aid of South Yorkshire’s Bluebell Wood Children’s Hospice, which offers care and support for children and young adults with life-shortening and life-threatening conditions.

The upcoming event is the first half marathon in Run For All’s season and a large turnout is expected. Sunday’s field will be treated to a scenic route that moves out of the city centre and along Ecclesall Road before climbing up Knowle Lane and Ringinglow Road to reach a section of the course offering superb views of the Peak District.

The course also incorporates a triple challenge giving entrants a chance to be crowned ‘King or Queen of the Hill’ in a timed hill climb, triumph in a largely downhill 10K sprint section and cross the finish line first to lift the Sheffield Half Marathon title.

While Jarvis said he is looking forward to the race, it doesn’t seem like he will be vying for the King of the Hill title: “I’m really excited to be taking part in the Sheffield Half Marathon this weekend, though I fear I have left the training a little late! I¹ve heard extremely good things about the event, not least that it obviously takes place in one of the best cities in the world!”