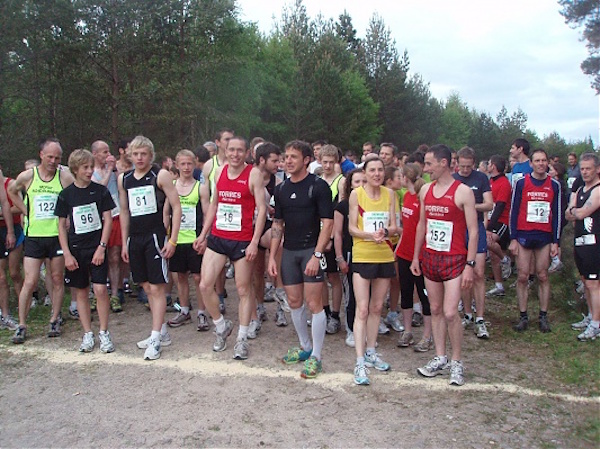 The first of this year’s fortnightly family-friendly Moray Forest Runs will be held next Wednesday night (8 May) at Monaughty. Supported by the Forestry Commission Scotland, this well-established series is held in some of the North-East’s best-loved locations.

At a distance of between four and five forest-trail miles each, the four Moray Forest Runs which make up the series are ideal for parkrunners looking to increase their distance, or road runners looking for a gentle introduction to what lies beyond the tarmac.

This year’s Forest Runs series begins at Monaughty. Runners taking part next week can expect a four-mile route with a cheeky mid-point climb and downhill finish.

The second race in the series is the winding Culbin Forest 5 (Wednesday, 22 May), which celebrates its 21st birthday this year.

The third race, to be held at Quarrelwood (Wednesday, 5 June), is described by organisers as ‘an undulating voyage of discovery’.

Like the three races before it, the fourth and final event at Roseisle (Wednesday, 19 June) is family friendly and suitable for all abilities. If the weather cooperates, runners should have stunning views across to Sutherland as they wind their way along the four-mile course.

Each of the events includes U12 and U16 races, held as part of the Active Schools Trail Running Series.

Proceeds from each of the four events are returned to the community groups who help organise them, including the 1st Forres Guides and WalkJogRun Moray. Some of the proceeds are also returned to the local village halls which host the events.