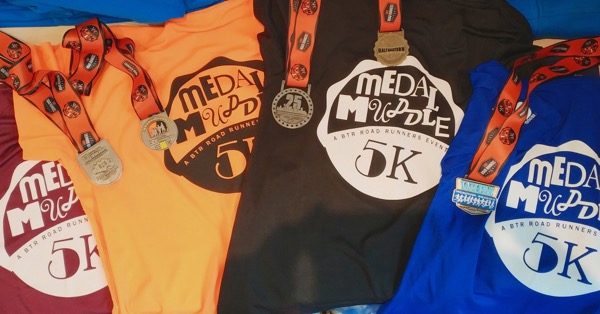 Mix it up at the medal muddle

This Bank Holiday Monday (26 August) will see BTR Road Runners lead the way with an innovative new concept that will make their latest series of events some of the most eco-friendly on the circuit.

Each person taking part and completing the Medal Muddle 5K will receive an ‘up-cycled’ medal, specifically those that have been left over from previous BTR Liverpool events with a re-branded medal ribbon. The first of which takes place on Monday at Parade Gardens, North Parade, Hoylake. A small number of entries are still available.

The concept of the medal muddle is essentially a mobile 5K that will move around the Borough of Wirral to encourage people to take part in a 5K run, probably for the first time. The hope is to attract inexperienced runners or those completing a Couch To 5K plan by inviting them to run in an organised event environment.

As with the up-cycled medal, competitors will receive a re-branded T-shirt from a previous BTR Liverpool organised event. By introducing this concept, both the T-shirts and medals, which can often just go to waste, will go to good use by encouraging community support, engagement and fundraising for local charities.

Each of the events will support a different local charity, in the first instance the engagement will be with the Royal National Lifeboat Institution (RNLI), with all profits from the first run going directly to the charity.