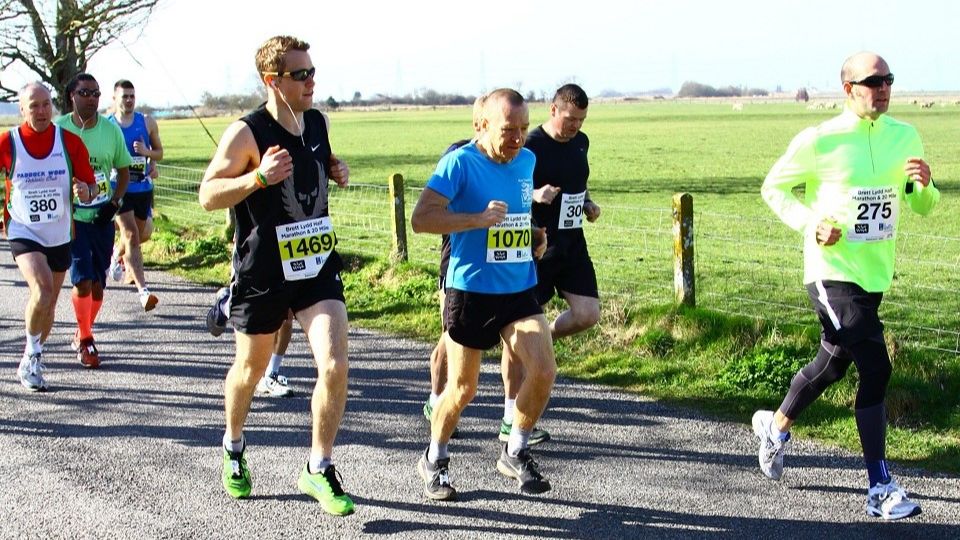 Nice Work promotion saw a cracking finish in the 20-miler

The rescheduled 14th Brett Lydd 20 and Half Marathon on Sunday (15th August) was an important stepping stone for the many endurance runners who are targeting an autumn marathon such as Virgin Money London Marathon on 3rd October 2021.

Prior to London, there is the ABP Southampton Marathon on 5th September and Brighton Marathon on 12th September, so Lydd is superbly placed for a test of speed and endurance. If only it had been a bit cooler it would have been perfect!

The experienced Nice Work team was responsible for race management and the Banks Sports and Social Club, Dennes Lane, Lydd provided a great race HQ. The course is pancake-flat and fast, enabling PBs to be set provided the wind is not too strong. Conditions were conducive on Sunday apart from the rising temperatures throughout the morning – a perfect opportunity for 354 finishers (in 5:30:54) to test those marathon hydration plans.

The 20-miler, sponsored by the UK's largest independent construction materials company, covered an out and back course through Romney Marsh countryside via Lydd, Old Romney, and Brookland village. The half marathon had a shorter turning point near Blue House Farm.