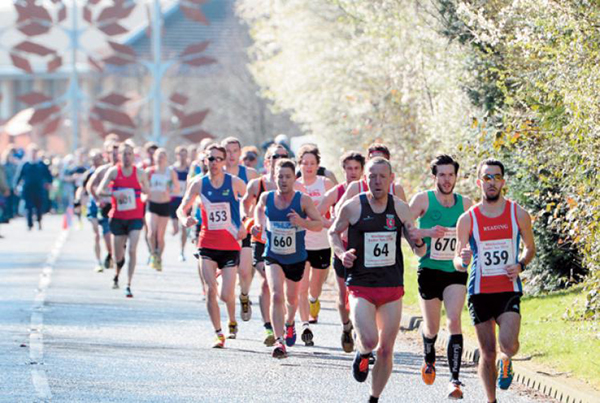 Be part of history at Maidenhead Easter 10 Mile race

There is something classic about the Maidenhead Easter 10. It was first run 66 years ago, the year of the Queens’ Coronation, and in recent times it has attracted a high standard of marshalling in the shape of local MP and Prime Minister, Theresa May. If only her backbenchers were as biddable as the disciplined Maidenhead runners!

Although the event has that high profile female association no women took part in the 1953 inaugural and it was a number of years before it was deemed that women were ‘capable’ of running such a demanding distance!

Over the years many famous runners have taken part, including Paul Evans, who won the Chicago Marathon in 1996. Others winning the event include three times winner Stan Eldon, founder of Reading Marathon. More recently Phil Wicks has won the race five times and his wife twice. Sue Dilnot of Lordshill Runners still holds the fastest time for a female of 55.28, and she is a three times winner. Other notable runners taking part have included Paula Fudge, Lesley Watson and Mike Hurd.

As recently as 2016, a marriage made in athletics heaven was once again victorious at the 63rd Maidenhead Easter 10 when Phil and Emily Wicks were the first man and woman over the line. While Phil, now a six-time winner, stormed to victory, taking just 50:25 to complete the course, Emily’s achievement was made even greater as it was her first competition since giving birth to their son, Ryan, five months earlier.

Belgrave Harrier Phil, 31, reported: “It is a really good, fast and flat course. I managed to run really well and it was the perfect last test before taking on the London Marathon a month later.”

The current race format includes 800m and mile races for children and the new race sponsor for 2019 is The Northview Group based at Maidenhead Office Park.

If you want to be part of this famous race on Good Friday, 19 April then race entry is now available.