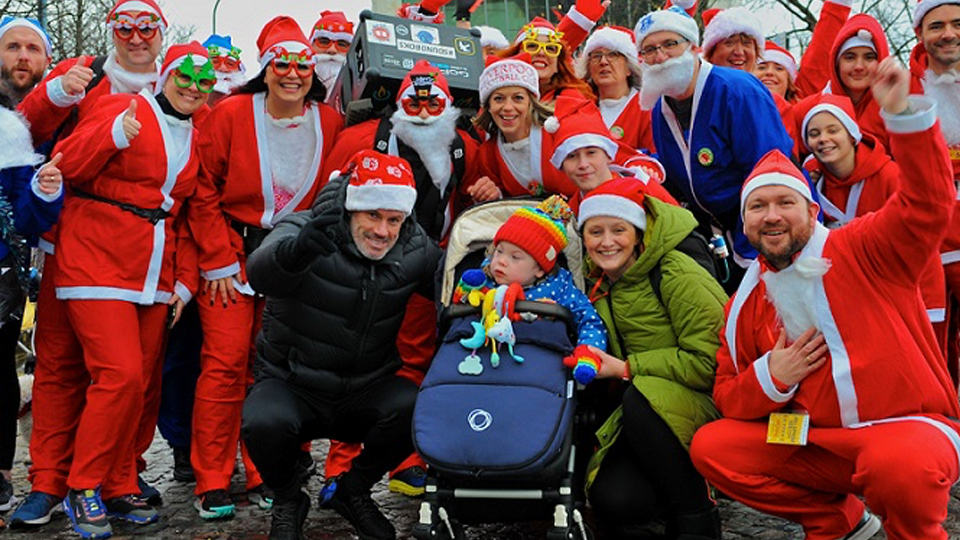 A Gift From Santa

Alder Hey’s Surgical Neonatal Appeal was launched last autumn and is being championed by Liverpool Football Club legend Jamie Carragher, who spent the first six weeks of his own life in Alder Hey’s neonatal ward.

The football pundit was invited along on Santa Dash day to join Alder Hey patient and guest of honour, four-year-old Betty from Warrington, who was given the all-important job of officially starting the fun run.

“Thank you to everyone who supported us by either fundraising or donating, and well done to special guests Betty and family and Jamie Carragher who started the Santa Dash in festive style.”

BTR Race Director Alan Rothwell said: “We’re thrilled that our official event charity partner, Alder Hey Children’s Charity, has received a massive £15,000 boost raised by kind-hearted Santas. When we started the Liverpool Santa Dash in 2004, we knew that charities would use the event as a platform to raise their profile and fundraise – and we’re incredibly proud that over the years hundreds of charities have raised thousands of pounds by having lots of festive fun, and will continue to do so for many years to come.”