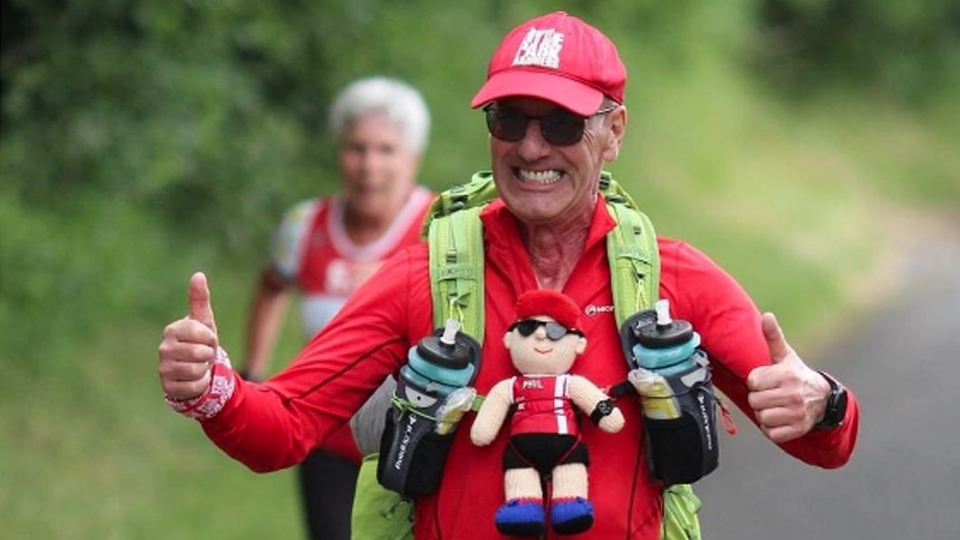 Phil Hammond, an NHS porter-technician from Leeds, set off on 31 July for a run - a 1200 mile run to be exact! Over a 37 day period the fundraising superhero will be running from Leeds to Land's End to Carlisle to Leeds to raise funds for The Veterans Charity.

Incredibly, despite being mugged at knifepoint on day three and suffering from horrendous blisters, Phil has completed the first week of his epic 1200 mile run and has so far raised £13,145.

The mugging incident occured while Phil was passing through Burton-Upon-Trent, and despite being left shaken, he is now more determined than ever to complete his amazing feat of endurance.

The charity runner's determination will have to wait though - following medical advice he is having a few days rest and taking antibiotics for infected blisters. Despite the pain and frustration, he’s still smiling and looking forward to continuing on 12 August.

Speaking prior to setting off Phil said: “This was supposed to be a Land's End-John O'Groats run, to celebrate my 60th and as a fundraiser for the Veterans Charity as it would have included the Forces March 2020. Unfortunately that was cancelled by the pandemic, so too was this year's Forces March - both vital fundraisers for this wonderful charity.

"So instead of the Land's End - John O'Groats run which to be honest has been done by so many in the past, myself included by bike in '98, I wanted to do something different and go a little further and hopefully raise more money.

“I have planned 37 days to complete this run at an average of 32 miles(ish) per day. That should be enough...fingers crossed!”

Phil is keen for other runners to join him at any point in the route, there are still 1000 miles to go! You can check where he is by tracking his location here.

You can also sponsor Phil by visiting his JustGiving page.