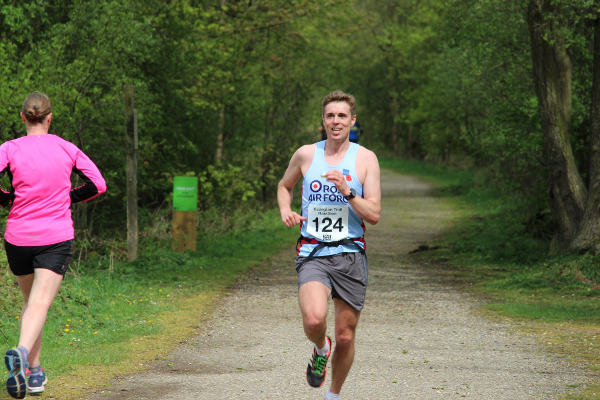 Lee Athersmith celebrated his birthday by winning the new Tissington Trail Marathon (Sunday 28 April). He flew around a stunning course in the Peak District.

This was Lee’s first ever marathon and he marked his debut at the distance with a strong display of running along the Tissington Trail – the site of a disused railway line from Ashbourne to Buxton. Organised by Nice Work, this inaugural event was held on the same route used for the Tissington Half Marathon to great success, helped by the beautiful Derbyshire countryside.

The race started at 10am from Ashbourne as runners set off towards Parsley Hay along an out and back, traffic-free course on the Tissington Trail. They had a gentle climb for the first half before turning around and heading downhill for the second half towards the finish at Ashbourne. The downhill section meant fast times and was also ideal for anyone attempting their first marathon.

Lee Athersmith of Wharfedale Harriers won the first Tissington Trail Marathon in 2:42:56; there was nearly 17 minutes between him and Damien Dear of Northbrook AC who was second in 2:59:14. Ramzi Sidani of Ivanhoe Runners was third in 3:04:44.

It was a good day for two female vets 40 with Danielle Brearton of Wigan Harriers the first female in 3:25:17 and GB Long Distance duathlete Gaynor Watts second in 3:35:59. Sophie Smith came third in 3:43:01.

The last runner crossed the line in 6:17:46. All finishers who were presented with a bespoke medal, a distinctive black and lime green tech T-shirt and matching goody bag.