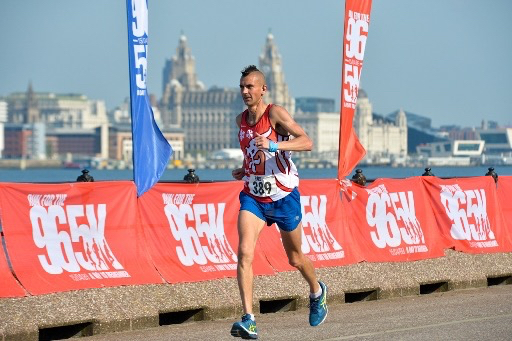 Last Chance To Support The 96

Time is running out to register for the fourth annual Run For The 96 5K, which takes place in Liverpool’s Stanley Park tomorrrow (Saturday 12 May). First staged in 2015, the community legacy event was organised as a positive way to celebrate the lives of the 96 Liverpool Football Club fans died in the Hillsborough tragedy on 15 April 1989.

Saturday’s event follows last Sunday’s inaugural Run To Remember 96K Relay at Seacombe Promenade, at which 151 supporters of all ages ran and walk throughout the 9-hour period, covering a staggering 1,091 kilometres – an incredible 678 miles. Each kilometre was dedicated to one of The 96.

As BTR Liverpool director Alan Rothwell comments, the Run To Remember relay was the perfect precursor to this weekend’s other memorial event: “The very first Run To Remember 96K Relay was a very special curtain raiser to this weekend’s fourth annual Run For The 96 5K. Individuals, groups, and families of all ages took part, which really does highlight the strong community legacy vision behind the two events.

“This Saturday more than 1,000 runners will join Liverpool FC legend Jamie Carragher, Margaret Aspinall and other special guests on the start line to celebrate the lives of The 96. Stanley Park will be a sea of red and blue, standing side by side – it’s a very special sight. Come and join us as we run to remember.”

Alongside the running events, Everton in the Community and the LFC Foundation will both host family activities. This year’s official beneficiaries are Jamie Carragher’s 23 Foundation, Everton in the Community, and Stanley Park Liverpool CIC. Together, the trio support the vision of creating a positive community legacy event, and commitment to ensuring that local communities benefit from the legacy run.

Registration for the event remains open at the BTR Liverpool office at 82 Market Street in Holylake.