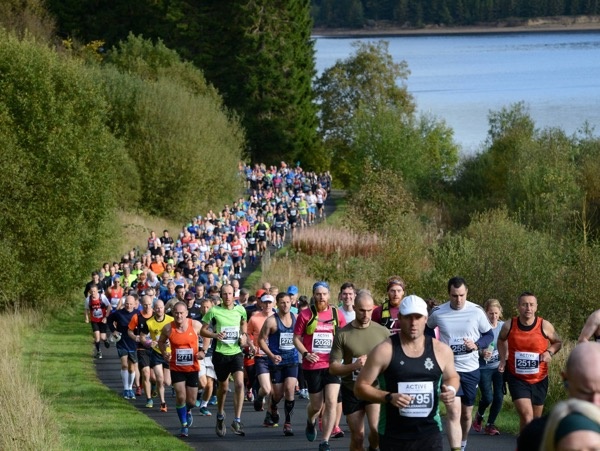 Kick off nears for Kielder Marathon

There’s less than two weeks to go until the Active Northumberland Kielder Marathon weekend, and, with limited places available in the marathon and 10k races, organisers are encouraging those considering taking part to act fast.

The weekend of events, staged on 6 and 7 October, also includes a half marathon and run bike run competition, and these have reached capacity. 2017 saw all four fill up with 3,500 competing across the quartet of races.

A big draw for all is the stunning backdrop they offer, set against the Kielder Waterside and Reservoir site. The 26.2 mile race, in particular, is often referred to as ‘Britain’s most beautiful marathon’, with the course taking in largest man-made lake in northern Europe, Kielder water, and through Kielder Forest.

Ahead of this year’s event, race director Steve Cram said: "We've got people travelling from all over the country to this year's events and the weekend just keeps growing year upon year. It’s clear we're in for another busy year. If you want to get your place on the start line for the marathon or 10k then you need to get your registration in now before it's too late."

One of those in attendance will be double Olympic decathlon champion, Daley Thompson. Daley, who won decathlon gold medals at the Olympic Games in 1980 and 1984 and broke the world record in the event four times, will join Cram for a question and answer session at The Boat Inn restaurant at Kielder Waterside on Saturday night, where competitors will be able to find out more about his legendary track history.

On his friend’s appearance at the event, Cram commented: "We're all really excited to have Daley joining us for this year's event. 1,500m was always a ‘marathon distance' for Daley at the end of a decathlon, so getting him around 26.2 miles might be a push, but it will be great to have him at Kielder Waterside all weekend, meeting runners and supporters who will remember his extraordinary achievements back in the 80s!"