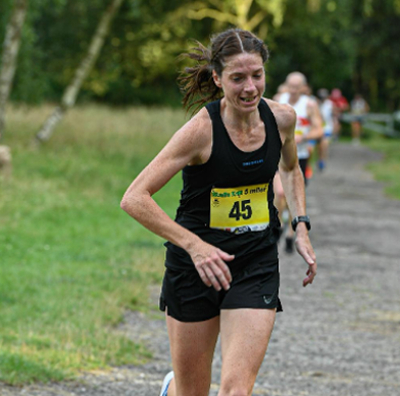 Birchfield Harrier Kelly Butler continued to impress with a win at the Staffs Knot 5 last night (Wednesday 24 July) her latest achievement. The hills and humidity didn’t stop her in her tracks.

The current heatwave made the Staffs Knot 5 - the 13th race in the North Staffs Road Runners Association (NSRRA) programme - a tougher event than usual. A well organised race from Stafford Harriers, it was held at Cannock Chase and started at 7.15pm. There was a 2 Mile Fun Run for children and adults that began at 6.30pm.

There was a good turnout from the local running community with NSRRA points up for grabs along with individual, age category and team cash prizes. And a £100 cash prize for a new course record (men’s and women’s).

Kelly Butler has been on top form this season and her successes include a series of wins at 10K and Half Marathon distance: her first county vest at the Meerbrook 15K and selection for the Staffordshire women’s team ahead of the Inter-Area match in August. She was the first female in 32:02 followed by last year’s winner Lynne Hill of Tipton Harriers in 32:35. Leah Whiston of City of Stoke AC was third in 32:47.

There was a themed towel and bottle of Freedom Pale Ale for every finisher, the latter especially welcome after a hot evening’s racing.