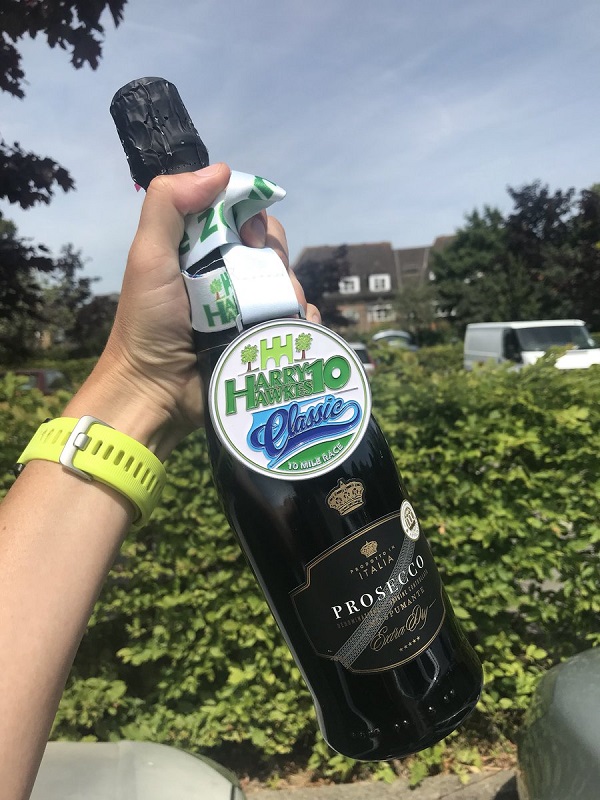 There's Something About Harry

The Harry Hawkes 10 miler is a classic southern race with a 30-year history. The latest edition was held on Sunday (24 June) with 610 finishers led home by Andrius Jaksevicius (Belgrave Harriers) and Jill Collett (Datchet Dashers). A further 128 ran the supporting Ditton Dash 10K.

Harry Hawkes was a real character living in Thames Ditton in the early 1900’s. His dad ran a bottling factory producing ginger beer and mineral water, located close to the George and Dragon pub in the village. Harry was Captain of Thames Ditton Cricket Club's 2nd Eleven.

In 1984 the cricket club launched an 8 mile race which ran between their HQ at Giggs Green to Kingston and back along Barge Walk to Hampton Court before finishing at the clubhouse. Named the Harry Hawkes Eight in honour of their previous club member, the race quickly established itself and ran continuously for 26 years.

After a break of two years the cricket club were keen to restart the run and in conjunction with local runner and race organiser, Peter Wedderburn, launched the Harry Hawkes 10 at the classic distance by adding a two mile loop at the start. The event has now morphed into the Harry Hawkes Summer Raceday including Ditton Dash 10K for those who prefer a shorter run. And all this arising from a popular local sportsman more than 100 years ago!

Ditton Dash winners were Jim Lurkins (Stragglers, 36:55) and Antonia Kline (Sheen Shufflers, 43:35) and all 128 finishers completed the 10K course in just over 80 minutes.