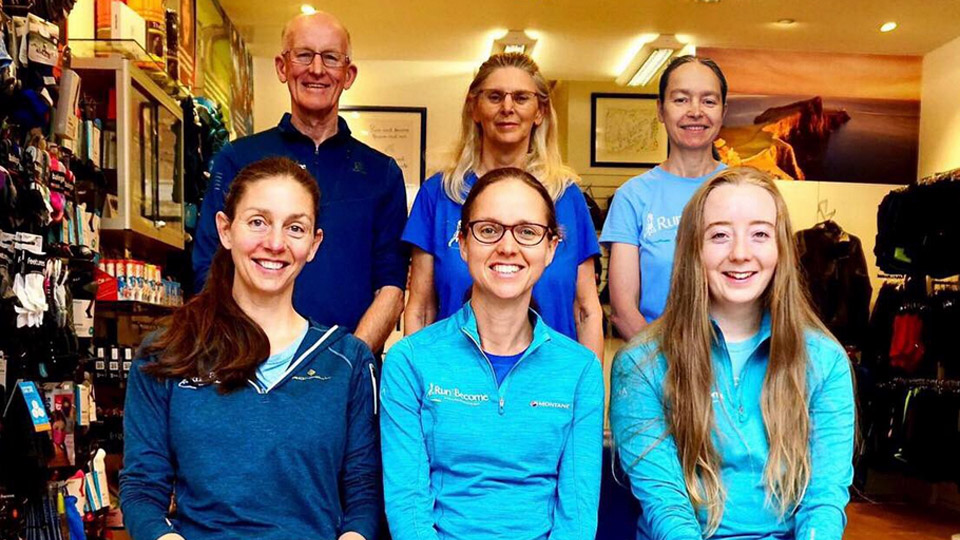 This is a landmark week for the team at Run and Become, the popular Edinburgh running store. And for Adrian Stott, the store manager.

This running institution celebrates 30 years of serving customers in the capital and further afield initially from an Aladin's cave base on Dalry Road and now from more spacious premises on Queensferry Road.

Adrian Stott is a 'well-kent' figure on the Scottish running scene not only as a retailer but also an event organiser, an enthusiastic endurance runner himself and a volunteer Scottish Athletics official. Adrian is also known as Tarit, a name given to him by Sri Chimnoy, the Indian-born spiritual leader. Tarit means 'lightening speed'!

Adrian is at the heart of the Scottish ultra community. He has completed the West Highland Way race on 15 occasions – and would like to have at least one further attempt at the classic 96 mile test. He is also team manager for both Scotland and Great Britain ultra distance teams, roles he particularly enjoys as it provides the opportunity to work with some of the UK's top athletes.

A seasoned 24-hour racer, his best performance is an impressive 143 miles (230k), Adrian was a marathoner in his 20s before being tempted by longer distance events like the London to Brighton road race. He moved to Scotland from his native Cornwall in the early 1980s and made full use of the country's great trails and hills to develop his running.

His hobby became his profession in 1991 with the opening of the Run and Become shop in Edinburgh, and over the next 30 years Adrian has built up a reputation for providing informed and objective advice on footwear, clothing and ancillary products like nutrition. Although still very much involved with the store operation, Adrian's daughters are now more in day to day charge.

This week has seen a legion of happy customers and partners leaving congratulatory messages on various social media platforms. One, Olly Stephenson, summed up the thoughts of many: "You guys are the best - friendly, professional, putting so much back into the sport - always my first recommend when anyone says they want to get into running. Here’s to the next 30 years!"

runABC Scotland spoke to Adrian earlier this week. “Seems like yesterday when we opened the shop. There have been so many changes in that time with shoes and kit, most of which have some benefit to runners.

“Running still remains a very simple activity, which can be enjoyed by anyone whatever their ability and whatever goals they set, be that their first park run, or making a Commonwealth Games or Olympic team. We are lucky that we meet so many runners in the shop each week, all of whom have their own story to tell.

“Through the pandemic we have missed hosting our regular races and in-store events, but hope these will be able to resume soon. Meanwhile going virtual with chats and inspiration has been popular, and as part of our birthday celebrations, we were happy to talk to Eilish McColgan a couple of weeks ago just after she set the UK 5,000m record, If anyone missed it you can find it on our You Tube channel. Another innovation way in the future when we first opened!”

Find out more about Run and Become and the services it offers at the store website.