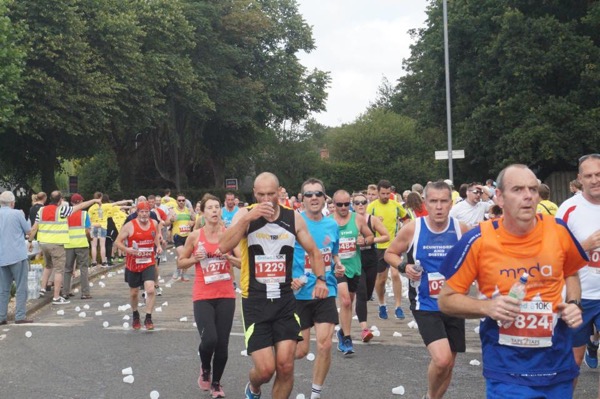 Grimsby Revels In Being Great Once Again

Very few races have seen as rapid a trajectory as the Ørsted Great Grimsby 10K: in just three years the event has progressed from a relatively small, community run to receiving 4,000 entries and requiring assistance from 450 volunteers for their latest staging on Sunday (21 July).

Organised by Tape 2 Tape, the team behind the popular North Lincs Half Marathon and Gruesome Twosome races, the Grimsby has close to tripled its turnout since its inception in 2016.

Sunday’s field lined up in the town centre to embark on a course that moved along Abbey Road and Bargate before heading towards Scartho. One of the race’s big attractions has been its speedy course, which was evidenced in the number of fast finishes throughout the day.

Notts AC’s Alastair Watson recorded his best 10k of the year to take victory in 30:12 ahead of Lucian Allison (30:24) and Julian Florez (31:18). There was a strong contingent of Lincoln Wellington AC runners in the mix, with members from the club comprising four of the top 10 spots.

A post-race message from Nicola and Neil Pattison congratulated Sunday’s runners on their efforts: “Well done to you all, hope you had a super day and thanks for taking part in our event. Massive shout out to well over 450 people who gave their time up to make it happen....awesome. Enjoy the rest of your day revelling in the Great being well and truly in Grimsby after today.”