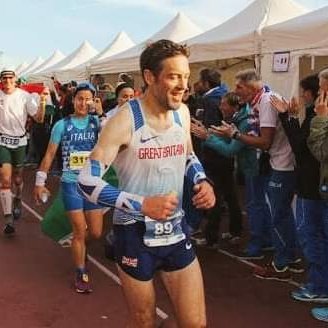 Maintaining fitness during lockdown is hard for any runner, but it’s particularly hard for those who prefer to tackle extreme distances.

One of them is ultrarunner Grant MacDonald, who has been speaking recently about how his training and racing plans have been curtailed by the current Coronavirus crisis.

MacDonald, who found his calling in 24-hour racing, told BBC Scotland, "I do a lot of my training by running to and from work – 10 miles each way daily – which takes me about an hour and half if I'm taking my time. I also usually do a five-hour run on a Saturday.”

The current situation, however, has made the 41-year-old rejig his training to make sure he stays in top condition for when competition resumes – whenever that might be.

"We are only supposed to go out to exercise for one hour per day now. So I have adapted my routine with lots of yoga, strength and conditioning classes in the garden and one long run a day."

In theory, MacDonald is training for the IAU 24 Hour European Championship in Verona in September, having been selected for Team GB & NI just last month, but he has his doubts that anyone will get to the start line. "I can't see it happening this year, but we have to train as if it is going ahead. If it doesn't then we'll just be really fit with nothing to do!"

Training during a pandemic won’t be the first time MacDonald, who has previously run for Great Britain, has been faced with a huge challenge. While out running in 2014 the Garscube Harrier suffered a subarachnoid haemorrhage, an uncommon type of stroke that kills or permanently damages or disables the vast majority of those who have them.

MacDonald returned to running just 37 days after his haemorrhage, but it took him a year to get back to his previous if not better – condition. In December 2016 he claimed victory at 24 Hores Barcelona, covering a remarkable 239.422km (148.77 miles) over the course of the track event.

"For me, it's an incredibly pure score. It's how far can you push yourself mentally and physically. You just go in to your own little world and nothing else matters."

For a man with such determination, returning to top form after lockdown shouldn’t be too hard.