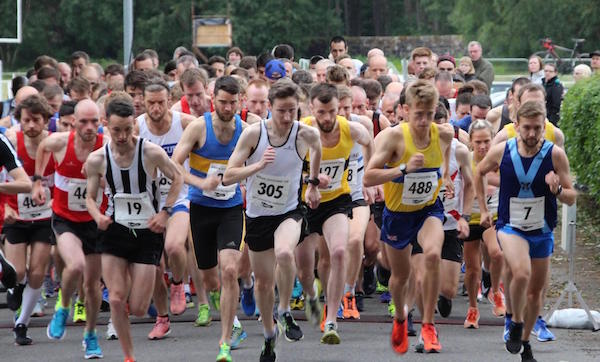 All eyes will be on Glasgow’s Pollok Park tonight (Friday, 21 June) as the strongest field ever assembled for the Brian Goodwin Memorial 10k toes the start line.

Since its launch in 2011, the Goodwin has gained a reputation for producing strong runs in a friendly atmosphere. Offering such a winning combination, it’s no surprise that this year’s event sold out in record time.

Fast times will certainly be a given tonight: more than two dozen of the 500 entrants to the race, organised by the Bellahouston Harriers, are aiming for a time of 33 minutes or under.

Club secretary Stuart Millar says this year’s run ‘promises to be one of the fastest and most competitive 10k races anywhere in Scotland in 2019’ – and with a start list including Olympians and Scottish champions, it’s not hard to see why.

Although Callum is the clear favourite, he will face competition not only from his brother, but also from the likes of James Donald (Dundee Hawkhill), Michael Christoforou (Edinburgh AC) and Calum McKenzie (Costorphine AAC).

Competition will be equally fierce in the women’s race, with the current favourite being Central AC’s Morag Millar – winner of the 2019 Scottish 5k title at Silverknowes in record time of 15:49.

Friday night’s team prizes will be keenly contested too, with Bellahouston Road Runners and Giffnock North looking strong for the women’s, and Cambuslang Harriers and Inverclyde AC for the men’s.