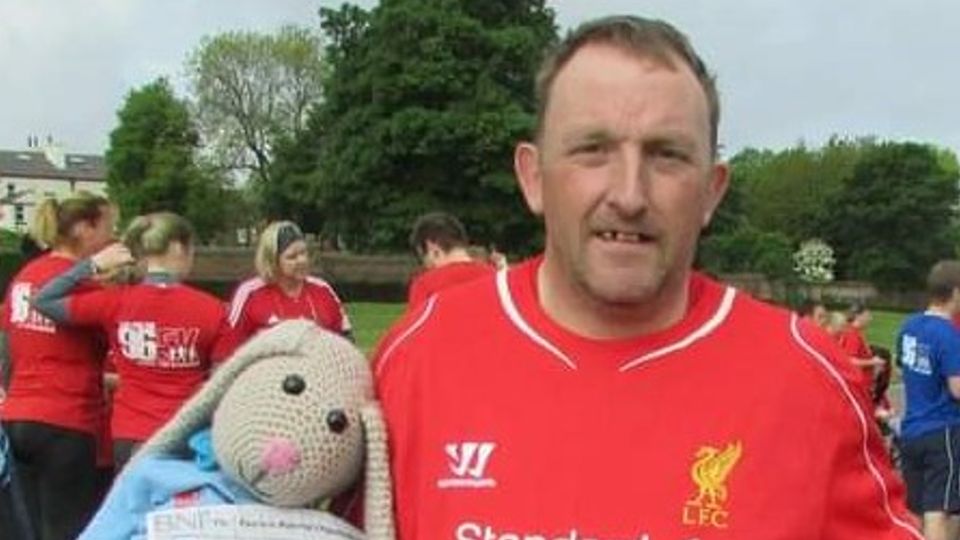 A treadmill Santa is a first for this virtual festive 5K

Liverpool fan Jonathan Fleming has an unusual doorstep challenge lined up for this weekend. On Sunday 20 December he will be running the BTR Virtual Liverpool Santa Dash – on a treadmill in his garden - to raise funds for the North West Air Ambulance Charity. Dry weather is forecast for Sunday but he has a gazebo on standby in case of precipitation.

The 46-year old joiner from Preston completed Run For The 96 5K to fundraise for several charities and this latest venture is his tribute to the North West Air Ambulance Charity who he says: “Do an amazing job and I want to do my bit to help them.” The charity relies on donations and fundraising both of which have been affected by Covid-19.

Jonathan will start his run at 12.30pm from his garden, wearing a red Santa suit as befits a Liverpool supporter but with one concession: an Everton-themed, blue Santa hat. The treadmill 5K is Covid-secure with socially distanced friends and neighbours lending their support as are his employer F Parkinson Construction and his local community who are posting updates ahead of the challenge.

Jonathan is one of many runners taking part in the BTR Virtual Liverpool Santa Dash and on a course (or doorstep) of their own choosing. They will be wearing a red or blue Santa suit as they run, jog or walk 5K and earn the sparkly Santa Dash medal to be worn with pride. Organiser BTR Liverpool is donating all profits from this event between eight charities.

Jonathan Fleming has set up a JustGiving page with a target of £500.