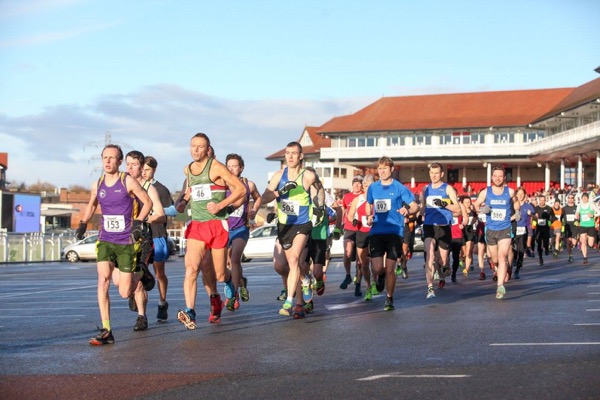 Full house at Round the Walls

Dating back to 1972, the Essar Chester Round the Walls race is one of the oldest events in the country. Such a rich pedigree, added to the fact the event follows a fantastic route beginning from Chester Racecourse, has ensured it is once again a sell-out with 500 runners signed up for the popular Boxing Day 6K.

Organised by West Chester AC, who are also behind the Essar Chester Spring 5 and Guilden Sutton 10K, the event is known for its welcoming atmosphere, and, unsurprising given its date, an upbeat festive spirit.

The race follows the best path to appreciate the city walls over its approximately 6km length. After leaving the Roodee, with a short out and back section, runners climb the steps and run along the walls, over the Watergate and over the inner ring road. THye tdescend down steps before crossing over the road at Northgate to ascend onto the walls again.

Passing the iconic Eastgate Clock, participants will continue from Roman to Medieval sections of the walls and descend to street level at the River Dee in order to finish back at the racecourse.

Emma Crowe was the outright winner in the female competition, crossing the line in 28:12. Wilmslow RC’s Sharon Johnstone (28:59) and Wrecsam Tri’s Helen Davies (29:29) were in second and third respectively.