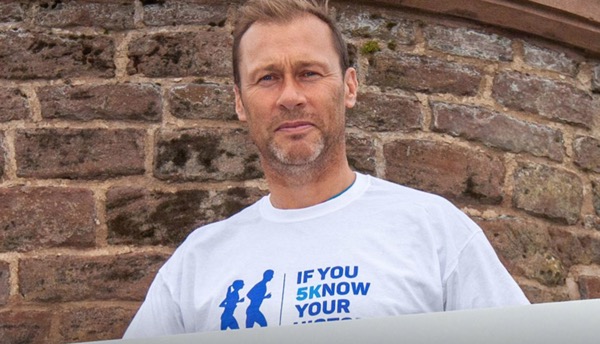 Everton legends Duncan Ferguson and Joe Royle will be the special guests at the start line of the first ever If You Know Your History 5K this Sunday (13 October). A first of its kind, the 5k invites runners to move through the highlights of Everton Football Club over the last 141 years.

Ahead of Sunday’s event, it has been confirmed that former Blues centre-forwards Ferguson and Royle will start the runners on their 5K journey. The race will give participants the chance to raise vital funds for The People’s Place, EitC's fundraising campaign to build and develop a purpose-built mental health facility close to Goodison Park to support anyone in times of need.

The event is open to all the family and welcomes both runners and walkers. It will begin at the 1787 Lock-Up Tower - which sits at the heart of the Everton crest - and on the journey to Goodison will take in the historical sites of the original Everton Toffee Shop and the former Queen’s Head Hotel where, in November 1879, St Domingo’s FC became Everton FC.

Competitors will then journey to the Sandon Pub on Oakfield Road - which became the Club’s second headquarters in 1884 – before passing into Stanley Park, where Everton first played in 1878, and moving towards Priory Road where the Blues were located for three seasons between 1881 and 1884.

Turning left in the park will lead participants towards Goodison Park, home of Everton FC since 1892, and a finish in view of the Sir Philip Carter Park End Stand.

Entry costs £20 and includes race participation, a commemorative T-shirt and finishers medal. Competitors are encouraged to fundraise with all money going to The People’s Place which will see EitC develop a delivery site for the charity’s existing mental health programmes and enable signposting to other services.

You can enter If You Know Your History 5K online now.