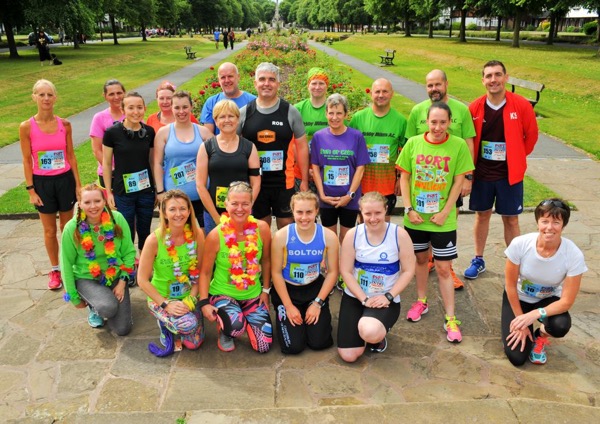 Port Sunlight was transformed into a different era on Sunday (17 June) as participants at the village race adopted the event’s theme of Flower Power. There was another fantastic turnout for the BTR Liverpool led event, with close to 2000 runners taking part across the 5k and 10k distances.

One of the key events in the BTR portfolio, the race enjoyed immediate success when launched in 2012. With last year’s race showcasing Port Sunlight Village in full bloom, organisers again decided to celebrate the natural beauty of the village on its 130th the anniversary with a nod and a wink to the Flower Power era of the 1960s.

Moving through Port Sunlight’s tree-lined boulevards, Sunday’s field were provided with a backdrop thought to be one of the prettiest in the UK. In addition to the attractive course, there was some exciting action at the front, particularly in the 5k. Wallasey AC’s Rob Pearse secured first in an impressive 16:27, a fraction ahead of Kirkby’s Ben Lewington. Liverpool Pembroke’s Helen Sahgal was first female in 18:13, more than a minute ahead of Helen Stansfield (19:29).

The tone of the day seemed to really capture the imagination of the 2018 Port Sunlighters. Next up on the BTR Liverpool calendar is the Tour of Merseyside event, which will be previewed by the runABC North team in the coming week.