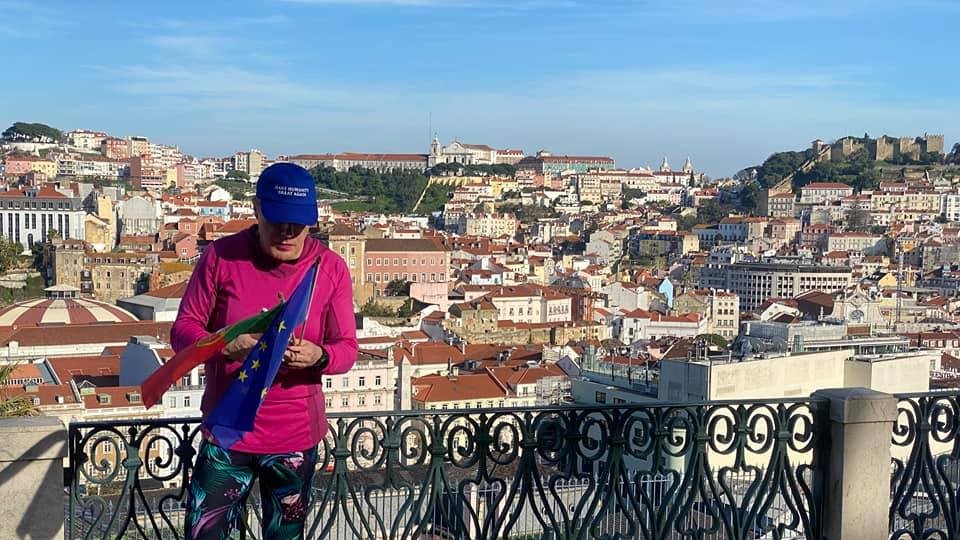 The stats speak for themselves. In 31 days Eddie Izzard ran 32 marathons and raised £300,00 for charities supporting disadvantaged and vulnerable people. The apparently indefatigable 58-year-old comedian also performed a nightly comedy gig after each marathon had been completed on a treadmill at Riverside Studios in Hammersmith, West London.

Eddie brought new meaning to RED (Run Every Day) January and motivated many to join the effort by running alone from home or even virtually alongside Eddie in avatar form through the Zwift app. The whole event, which was dubbed 'A Run For Hope', was an astounding physical and technological triumph. Eddie Izzard – we salute you!

Each of Eddie's marathons and comedy gigs was themed around a different European or world city and the self-confessed Europhile even broadcast two of the stand-up routines in foreign languages to honour Berlin on 23 January and Paris on 28 January.

Although not a natural athlete, Eddie first tasted sporting success aged seven by winning a blue football in his annual school sports sack race in Eastbourne. Eddie had received valuable coaching advice from his father to shove his feet in the corners of the sack and just run!

Since those early days, Eddie has raised around £5 million for various humanitarian charities; completed 43 marathons in 51 days throughout the UK in 2009; run 27 marathons in 27 days across South Africa in 2016 for Sport Relief and managed 29 marathons in 29 days in 29 different European capitals during February 2020.

Not content with a mere 31 marathons in January, Eddie returned to the treadmill for a bonus second marathon on Sunday evening (31 January) and was cheered across the finish line after a 5:50:34 final effort by celebrity donor and supporter George Clooney – see video clip here

All proceeds will be donated to charities making a real difference to disadvantaged and vulnerable people at this difficult time including Fareshare, Walking With The Wounded, Care International, United to Combat Neglected Tropical Diseases, and Covenant House New York.

Donations to the campaign can be made via Crowdfunder here