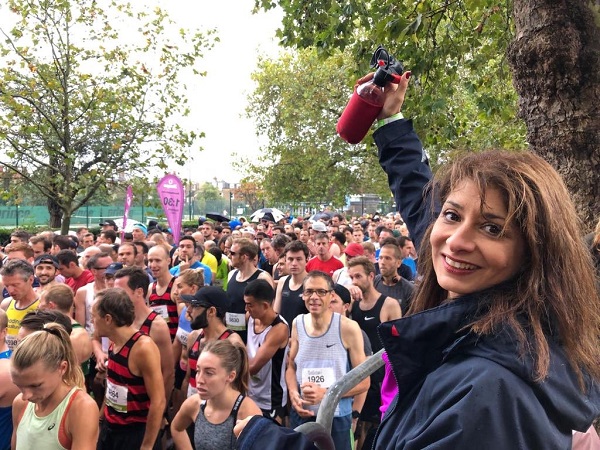 Lightning strikes thrice for Jonathan Poole in Ealing Half Marathon

Wet conditions did not deter 4,072 finishers (inside four hours) from appreciating the famous #EalingFeeling in West London's only fully closed road half marathon event. Local resident, comedian and author Shappi Khorsandi was official race starter and cheered runners on their way as they left the shelter of Lammas Park at 9:00am.

The international dimension continues to grow with entries received from 26 countries, including Korea, South Africa and Mexico. More than 130 running clubs were represented, with just under 400 members of Ealing Eagles making the shortest journey to compete.

Other statistics to emerge were the most popular male and female names – David and Sarah – and the 700 volunteers and 40 pacers who help make Ealing's half marathon special. Some £2million has been raised for various charities in the past seven years. The weekend had started in much better weather with around 1,500 children running the Mini-Mile on Saturday.