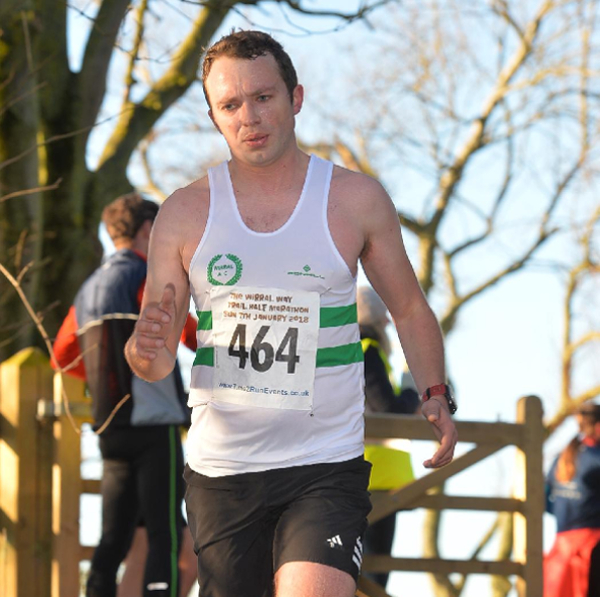 Deller’s Winning Way At Wirral Half

Freezing temperatures didn’t stop over 400 runners (including this correspondent) who stayed on the beaten track at Sunday’s Wirral Way Trail Half Marathon (7 January) as Robert Deller kept a cool head to post a win at this scenic peninsula race.

Deller of Wirral AC crossed the finish line at Thurstaston in 1:19:56 followed by Tom Williams of Total Tri Training in 1:20:37. Gary House of RUNSTRONG was third in 1:21:55.

Time2Run Events UK recently ook over this point to point race that followed the old railway line, now part of Wirral Country Park. The organisers provided free coach travel to the start at Hooton station where runners headed off in waves from 9am to 9.45am to prevent any bottlenecks. They continued along the fully signed and marshalled route and were fuelled via several feed stations manned by friendly, efficient volunteers, and continued towards the finish at Thurstaston.

There was plenty of support from spectators and those using the Wirral Way who applauded and shouted encouragement to the runners as they went past. One spectator in particular showed a generosity of spirit by handing a Mars bar to a female runner at 11 miles who appreciated the gesture and burst of energy it gave her, helping her to finish.

Every finisher was presented with a bespoke medal shaped like a Wirral Way signpost, bottle of water and a banana. The organisers have a 5-star rating and the success of this race only adds to their reputation with a summer event in the pipeline. Watch this space!