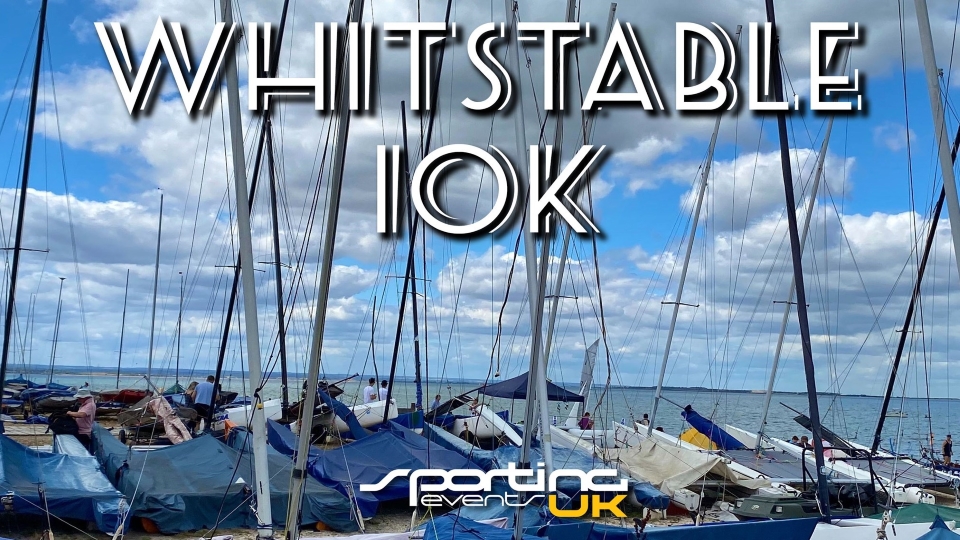 It's a breeze for Adam Hickey

After a one-year Covid-enforced hiatus, the Whitstable 10K returned to its traditional Early May Bank Holiday date (Monday 3 May) for the 21st edition in 2021, with a blistering course record 29:56 by Adam Hickey being the obvious highlight.

Whitstable 10K has been a constantly sold-out fixture since 546 runners finished the first race in 2000. The course record was held by Michael Coleman (Medway & Maidstone, 31:48) since 2004 and the women's best is the memorable 32:54 by Charlotte Dale (Invicta East Kent) set when she won the race outright in 2005 – repeating the feat she first achieved in 2002!

The 2021 iteration of this bucket list classic saw the transition of lead race management from Canterbury Harriers to Sporting Events UK but apart from that development, and the now-familiar Covid-secure wave start arrangements, it was business as usual on the Kent coast.

There was bright sunshine and a stiff breeze to contend with as runners got underway at 09:30am. Less than half an hour later Adam Hickey (Southend) had smashed the course record with a resounding victory. The GB international had won the Saffron Waldron Half Marathon in 1:05:07 last month to bounce back to form after dropping out of the British Olympic Marathon Trial at Kew Gardens in March.

The reduced field of 427 finishers in 1:42:12 compares with 625 runners in 1:39:06 when this race was last held in 2019. In normal times there is a race limit of 750 due to some narrow and congested sections on the course that runs from Tankerton Slopes to Hampton Pier on the fringe of Herne Bay before returning via Saxon Shore Way to finish on Whitstable Promenade.

The top 100 finishers were home in 50 minutes and more than 250 beat the hour on the predominantly flat, seafront course. This is one to put in the diary for next year (2 May 2022) but enter early to avoid disappointment.