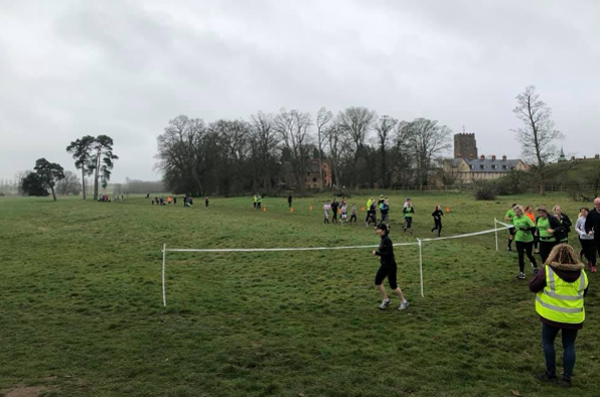 The course record was broken for a second time at a muddy good Watermeadows parkrun (Saturday 2 March) and this wasn’t the only reason to be cheerful.

Overcast conditions and mud were a complete contrast to blue skies and sunshine the weekend before yet they didn’t act as a deterrent. In fact the opposite was true as 235 people attended the third Watermeadows parkrun making this the biggest turnout in its short history.

Amongst the crowd were two groups from Eye Community Runners and Redway Runners who were engaging in some parkrun tourism. Also visiting were the Crayola Crayons, a group from Northampton parkrun who add a splash of colour wherever they go. Their brightly coloured costumes stood out on a damp, grey morning in Towcester and were a talking point. One runner commented that her husband would not believe it when she said she was behind a crayon!

The change in weather meant the course was slippery underfoot and more suited to cross country. Everyone managed (or almost managed) to stay on their feet while running one small lap followed by three big laps around parkland. All good training for upcoming spring races.

Soft ground didn’t stop VJ Pratley (SM20-24) from becoming the first man across the line in 17:22 and a new course record. Helen Heley (VW45-49) of Silson AC was the fastest female in 22:07. Ian Hancock (VM70-74) was the oldest finisher in 30:37. 30 people took part in their first ever parkrun and the event was made possible by 23 hard-working volunteers.