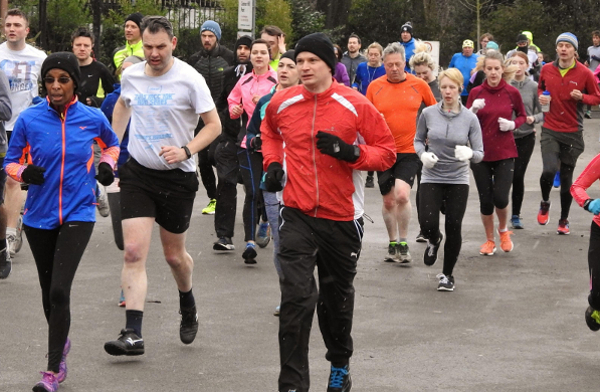 Chill And Thrill At Cannon Hill

The word ‘nippy’ could be applied to both the weather and the finishing times at Saturday’s Cannon Hill parkrun (17 March) as running quickly was the best way to stay warm on a freezing March morning.

It was a bitterly cold St Patrick’s Day for the 380th parkrun at this attractive location near Edgbaston in South Birmingham. A grand total of 533 people turned out to walk, jog or run 5k on a tarmac course around Cannon Hill Park and there were PBs aplenty. In fact, 72 PBs were posted which included the second fastest finisher who crossed the line in 15:34.

With safety of prime importance, the decision was made to cancel the junior parkrun; however, the youngsters didn’t lose out as 30 of them joined in the main event and recorded some very impressive times including 18:25 for Joseph Leslie Thompson (JM11-14) and 24:11 for Ines Villalobos Finigan (JW11-14). Ines also reached her 10th parkrun milestone.

At the other end of the age spectrum, Dale Lyons (VM80-84) of Centurion RC was the oldest finisher, recording 50:13 and his 51st parkrun.

Other milestones included three people who achieved their 50th parkrun, another reached their 100thth parkrun and a third their 250th parkrun. The award for the highest number of parkruns attended goes to Andy Jones with 315 finishes to his credit.

First timer Alex Rieley of Macclesfield Harriers & RC was also the first official man home in 15:29. Anna Blake of Willowfield Harriers was the fastest lady in 19:59.

Finally, a round of applause to everyone who took part including the volunteers who braved sub-zero temperatures and biting winds to deliver a successful parkrun at Cannon Hill.