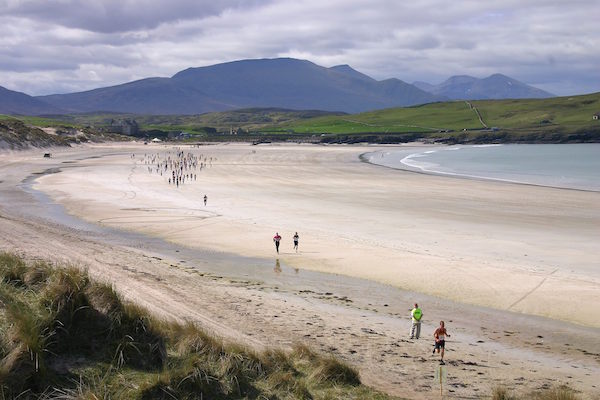 When is a 26.2-mile road race not a marathon? When there are too many potholes on the route.

Anyone who has taken on the Cape Wrath Marathon Challenge in Sutherland will attest to its difficulty ­– 26.2 miles and a ferry crossing, plus a climb to nearly 2500ft through some pretty wild landscapes.

But apparently, having to stop runners’ elapsed times to allow for the trip across the Kyle of Durness is less of an issue than the state of the roads participants have to run on to get there.

The organisers of the UK’s most north-westerly marathon have now been told by scottishathletics that they can no longer bill the event as a ‘road marathon’ because of the number of potholes on the course.

According to the governing body for the sport in Scotland, regulations from the International Association of Athletics Federations require road races to be held on sealed, continuous road surfaces.

scottishathletics considers that the amount of weaving around the route that runners might have to do to avoid tripping themselves up would mean that they are likely to run more than the official marathon distance of 26 miles and 385 yards.

As a result, the marathon, which long sold out its 120 places, will still be run on its original date in mid-May, but is now billed as an off-road event.

Organisers Durness Active Health said: “Whilst we know that this may not be an issue for the majority of runners, we felt it important to highlight this as soon as possible.

“scottishathletics have issued a ‘Statement of Course Measurement’ confirming that the course is of marathon distance, but should now be classified as an ‘off-road event’ and we do have a ‘race permit’ for the race.”

While the marathon and team marathon are sold out, places are still available on the mid-week runs.