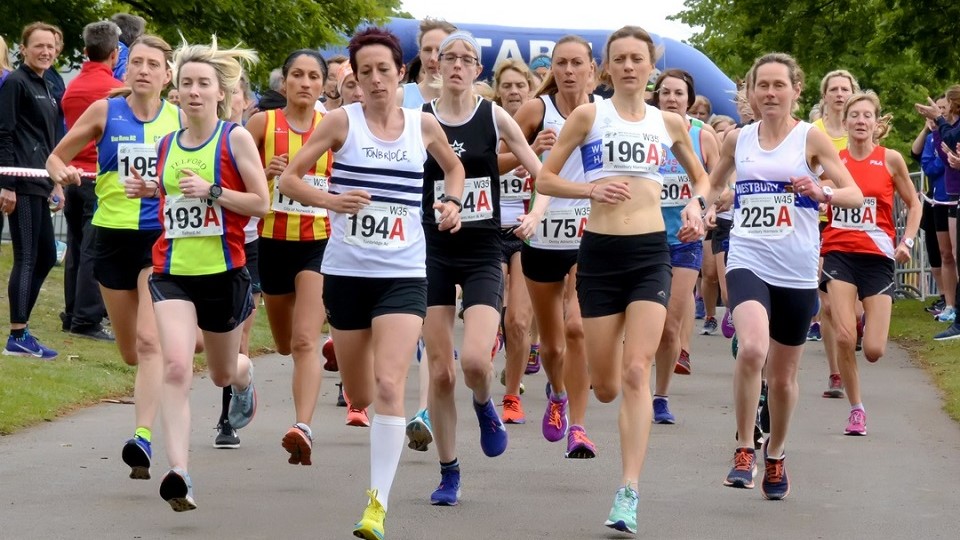 The first-ever British Masters virtual road relay – held everywhere between Sunday 14 June and Saturday 20 June – was an unmitigated success with more than 4,000 entries, almost 3,300 participants and over £12,000 raised for MacMillan Nurses charity.

In a triumph of endeavour and accomplishment – despite unfamiliarity with the necessary technology for some – competitors aged 35 to over-75 years ran 5K time trials in the range of 14:41 to 48:00 in what would have been the 33rd annual BMAF championships.

The event was a replacement for the much-loved annual contest at Sutton Park, Birmingham – home of such challenges for many years. And while a socially-distanced competition can never match the atmosphere of direct combat, this came pretty close as live results were loaded onto the pre-eminent OpenTrack system by industrious race administrator, Russell McIntyre, who still found the time to run 19:25 for Tonbridge AC.

There's a wealth of data to soak up at the OpenTrack race management site including stand-out highlights to mention. All performances were age-graded using World Masters Athletics tables and nearest to perfection were Tommy Hughes (M60 Leicester Coritanian, 16:11) with 98.67% and Clare Elms (W55 Dulwich Runners, 18:01) at 98.11%. The faster masters were younger, of course, as M40 Paul Martelletti (Victoria Park & Tower Hamlets, 14:41) and W40 Liz Davies (Springfield Striders, 16:54) led the virtual field.

While there were some terrific individual performances – in all age groups – this was a team event first and foremost, so who were the leading clubs? In the men's relay, Kent AC was the only squad to claim a double – at M35 and M45 plus. Leicester Coritanian won at M55 and Bingley Harriers the M75 but the closest finish was at M65 level, where Oxford City had only five seconds to spare over Barnet AC.

For the last word on this superb initiative, we spoke to organiser Russell McIntyre as he was adding the final results and corrections: “At over 4,000 entries, the BMAF Virtual 5K Relay has been one of the largest events on the service to date and about four times the size of the usual field competing at Sutton Park. The event has presented a two-fold challenge of asking Masters athletes to master the process of recording and submitting online results, with the complexity of trying to verify and validate performances based upon the many variables of GPS technology! Above all though, we have received hundreds of messages of support and appreciation from the running community for giving masters teams a real focus back to their training and a taste for competition again”.