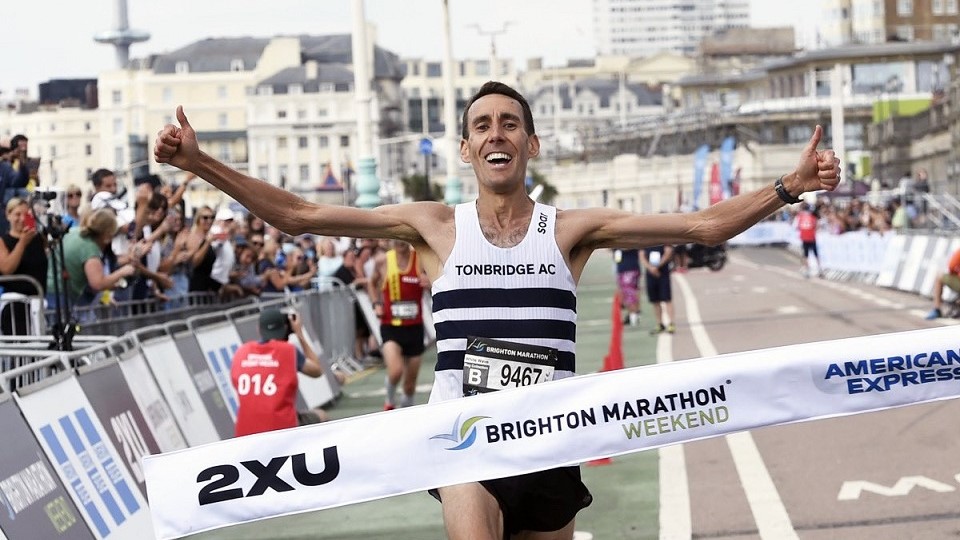 Runners put in the overtime at Brighton Marathon

10,000 celebrate the return of mass events on the Sussex coast

There was an astonishing ending to the Brighton Marathon on Madeira Drive on Sunday (12 September). Back after an absence of 18 months, the 11th Brighton Marathon had a reduced field of 7,154 finishers (in 8:12:57) who all ran 568m extra due to a course measurement error.

Brighton Marathon Weekend organisers issued this apology via social media: "We would like to apologise to our marathon participants that the course today has measured 568m too long. We are wholly disappointed that this has affected our runners and hope that it hasn’t marred the experience at what has been a fantastic comeback event".

One athlete who was grateful for the unexpected overtime was the race winner Neil McClements (Tonbridge AC) who made a superb debut after passing halfway in 1:17:27 – around three minutes behind the leader from the start, Ollie Garrod (South London Harriers).

As the improving McClements moved up to second place the race became a battle between the GB international ultra runner – who also holds the male record for the most global parkrun first finishes – and the marathon novice who only joined the Kent club six months ago to improve his running.

There is no doubt that at 26.2 miles Garrod was still the leader but in those extra few hundred metres a charging McClements swept past for his maiden road race victory in 2:33:45 from Garrod (2:34:02) and Mark Innocenti (Tring RC, 2:35:46).