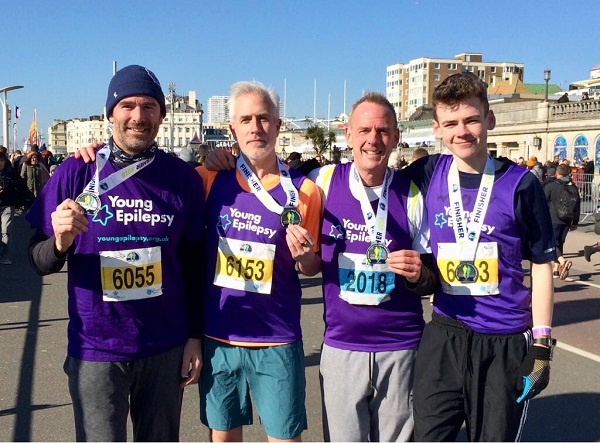 Call For Paul At Brighton Half

Paul Pollock from Ireland, representing Kent AC, set a blistering pace on a freezing day to win the 28th Brighton Half Marathon yesterday morning (Sunday, 25 February). And there was delight for local supporters as Izzy Coomber (Lewes AC) smashed her PB to take the women's title.

More than 8,000 lined up at 9am in fabulous winter sunshine that masked the bitterly cold conditions on Brighton seafront. The race was started by the Mayor of Brighton and Hove, Mo Marsh, on Madeira Drive and the course went out to Hove Lagoon and back.

As an Olympic marathoner in Rio 2016, Paul Pollock was the class of the field, with 62:09 pace to call upon. Ultimately, the freezing easterly wind against the athletes as they approached the finish put paid to any hopes for a record time and 66:57 sufficed for victory.

An odd coincidence was that both runners-up shared the winner's first name. Paul Martelletti (Victoria Park & Tower Hamlets, 68:16) and Paul Whittaker (Road Runners Club, 68:34) were the Pauls in question. Kevin Rojas (70:49) was the first Brighton and Hove club member home in seventh overall.

Local celebrity Norman Cook, better known as DJ Fatboy Slim, was chip-timed in 1:59:12 and blamed being beaten by his son Woody Cook (1:54:24) on a late night set at Alexandra Palace in London the previous night. Norman is wearing bib number 2018 in the photo above.

Many runners helped raise funds for Sussex Beacon, the charity that now organises the race.